Workshop in Linz: Intangible cultural heritage as an educational tool

From 24-25 November 2022, five selected teams of bearers of intangible cultural heritage and teachers from ASPnet Austria met for a joint workshop in Linz. With the help of two UNESCO facilitators, Tamara Nikolic Djeric and Vanessa Achilles, they worked on concrete projects that integrate living heritage into the school curriculum and that will be implemented during the school year.

Under the name "IKE goes ASPnet", a workshop took place in Linz from 24-25 November 2022, which was the culmination of a project of the Austrian UNESCO Commission that emerged from the cooperation of the Education and Intangible Cultural Heritage Division. Bearers of four elements and representatives from five Austrian UNESCO schools jointly developed teaching outlines to integrate living heritage into the school curriculum. For this purpose, there were regular exchange meetings between the bearers of the intangible cultural heritage and the UNESCO schools in advance in order to promote the interaction between these networks and to stimulate new ideas and initiatives. Participants were then invited to submit a project idea during the summer months via a "Call for Application" on how living heritage can be integrated into the school curriculum. Five projects were selected for the workshop, under the guidance of two experts from the UNESCO Facilitators Network, who will support the teams in the concretisation and realisation of their projects. In the course of the school year, the different projects will be implemented at the five participating schools. Close cooperation with the bearers of the different elements, ranging from making and playing the Jew's harp, carnival practices to traditional healing knowledge, is important. The experiences of the participants will then be evaluated and published by the Austrian Commission for UNESCO and should support and motivate other schools and institutions to take their own initiatives to integrate living heritage into the school curriculum.

UNESCO, and in particular the 2003 Convention on the Safeguarding of the Intangible Cultural Heritage, has established a long-term focus on the role that formal and non-formal education plays in living heritage. It recognises that education has a key role in contributing to the safeguarding of intangible cultural heritage, as well as providing context-specific content for educational programmes to enhance the relevance and quality of education and improve learning outcomes. Teaching and learning with living heritage also contributes to the achievement of Sustainable Development Goal 4 - "Quality education", in particular Goal 4.7, which advocates for "valuing cultural diversity and the contribution of culture to sustainable development". In 2019, innovative pilot projects took place under the working title "Raising awareness for and learning with intangible cultural heritage in European schools". The projects was implemented n cooperation with 10 ASPnet schools (including one from Austria) across the EU as part of the UNESCO-EU project. Different methods of teaching intangible cultural heritage in various subjects were developed and tested. "IKE goes ASPnet" takes up the initiative for Austria and expands it to include the aspect of close cooperation between teachers in UNESCO schools and bearers of intangible cultural heritage. The initiative of the Austrian Commission for UNESCO also joins a worldwide series of national and transnational initiatives that have set the goal of integrating living heritage into the school curriculum. 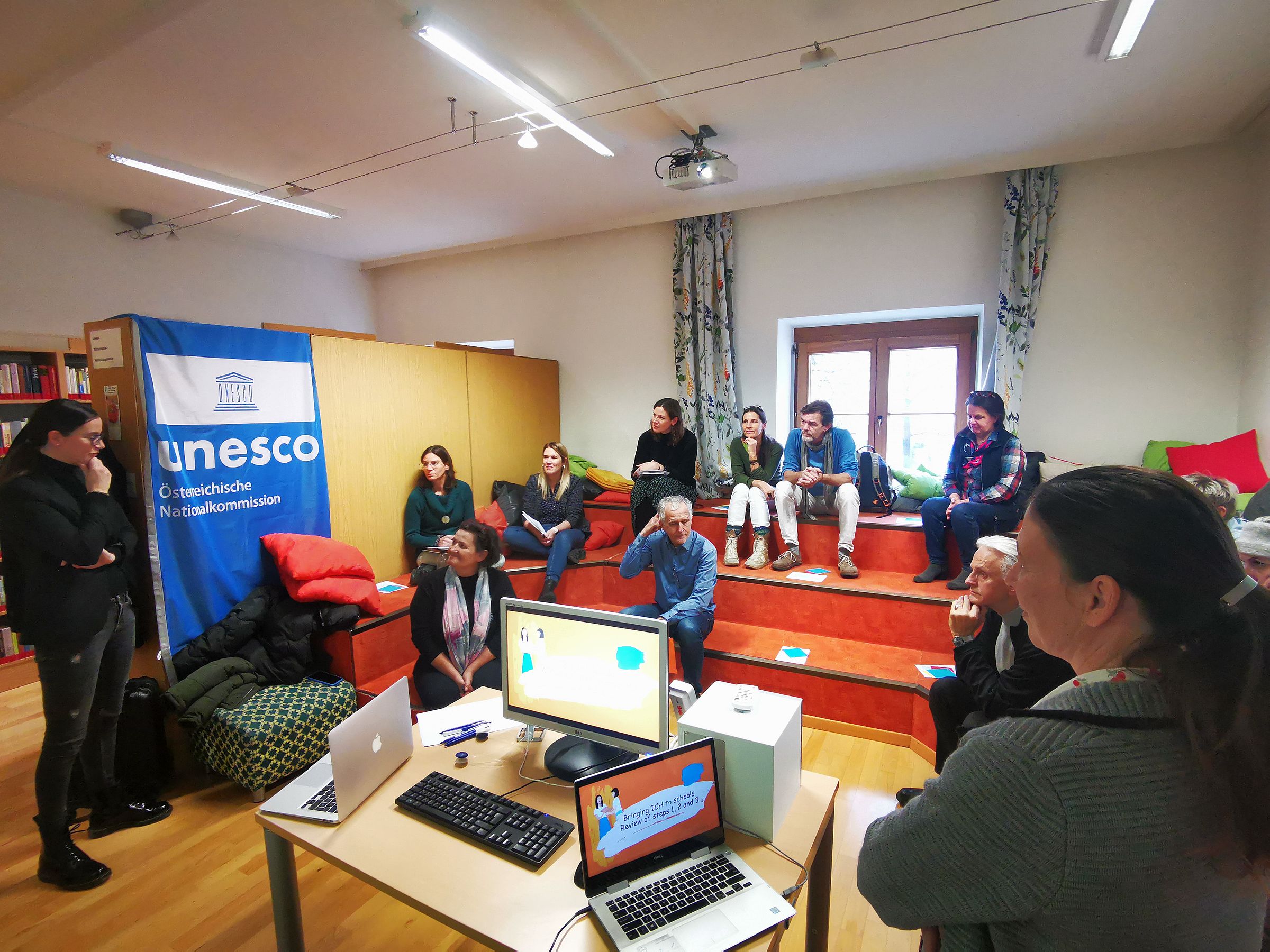 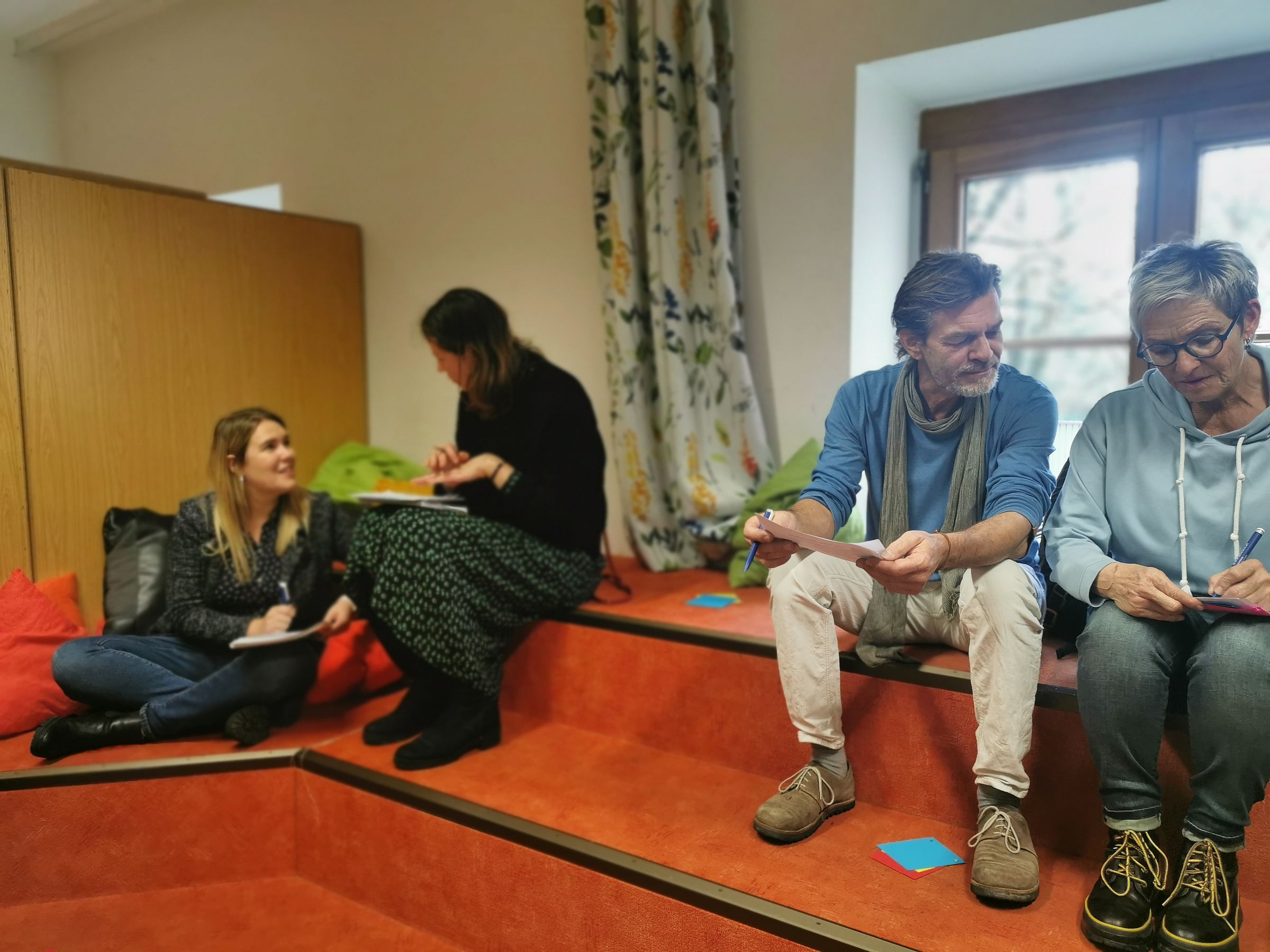 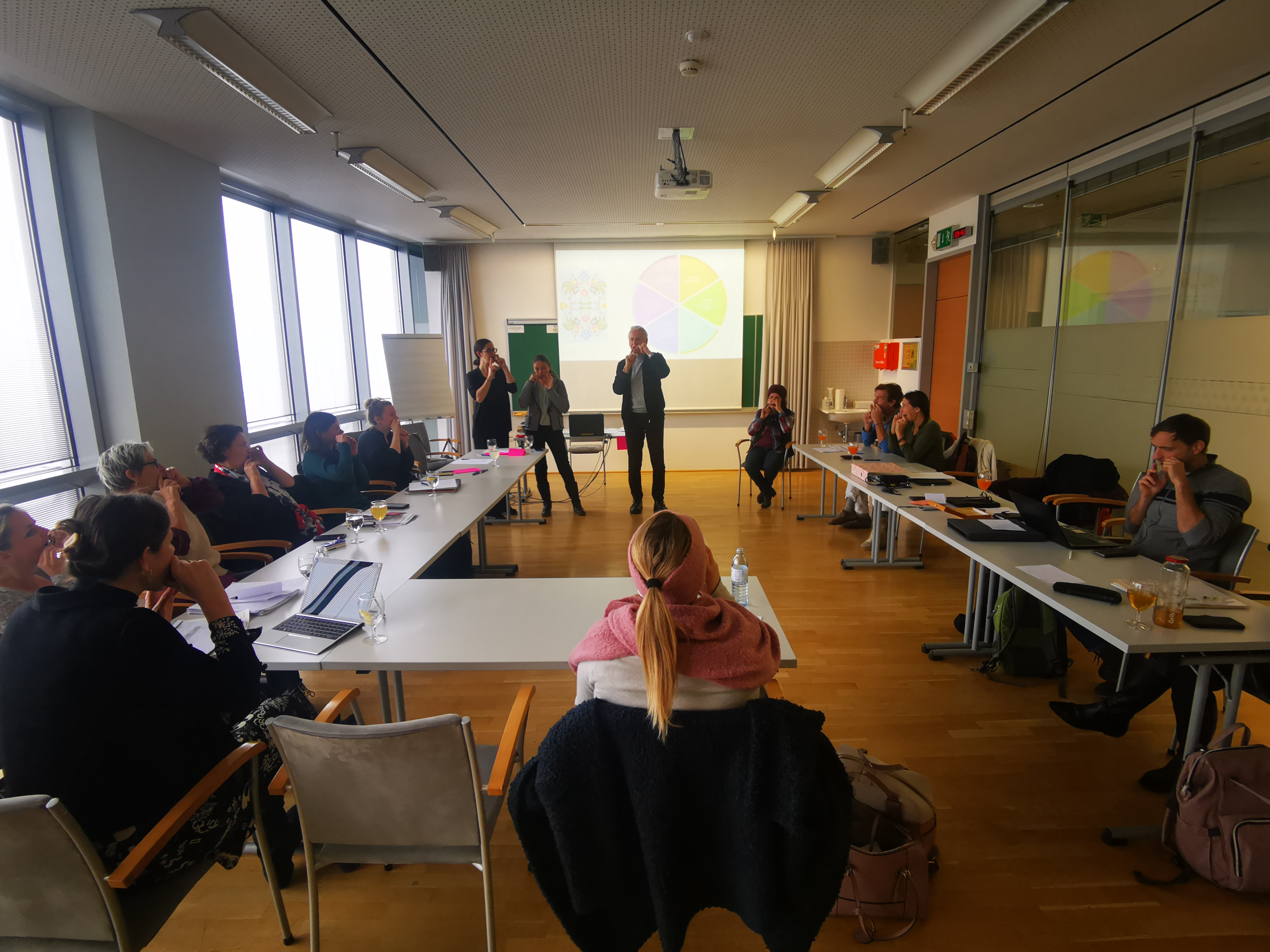 Demonstration of Jew's Harp playing during the workshop
© Cristina Biasetto