GUILD DAY OF THE BUTCHERS AND LIEBFRAUEN-BROTHERHOOD IN GARS AM KAMP
Social practices in Lower Austria, inscribed 2022

The guild of butchers in Gars am Kamp has existed since 1535. Despite the formal abolition of guilds, several practices continue to be observed, including guild day, the wreath of honour and seal of honour ceremonies, the awarding of the golden ring of honour, and the Corpus Christi procession with the carrying of the guild flag. Both these practices and the knowledge of the craft that has been carried forward to the present day continue to have important social, economic, and environmental significance for the members and their communities.

The guild of butchers and the Liebfrauen-Brotherhood in Gars am Kamp have existed for over five centuries. Until 1871, in addition to supervising trainees and granting master craftsmen's rights, their main task was to regulate the practice of the trade, which was crucial for the butchers' income and the social security of their families. Since the dissolution of the guilds and incorporation into regional guilds, the butchers' guild has remained in existence as an association since 1867 and still holds its assets, such as the guild fields, today. Both its significance for the community and its customs have been preserved too.

These customs include the annual guild day in October. Guild members, as well as guests from other regional food businesses, take part in the guild day, which follows a strict procedure: after getting together to eat homemade sausages, the guild flag is carried into church, and then a mass takes place for the deceased members. In addition, new guild members are inducted on this day and after the festivities, there is lively exchange on the craft’s current issues. Besides the guild day, the members of the guild also take part in the Corpus Christi procession, where the wreaths of honour are blessed and given to people close to the guild.

In addition to these social practices and rituals, the members are committed to the safeguarding of implicit experiential knowledge during the apprentices’ training, the preservation of regionality through exchange with the region’s farmers, and social responsibility in the community by means of charitable activities. The butchers' guild has a "closed" membership of a maximum of 11 people, consisting of master butchers, journeymen, and the owners of formerly connected houses. Since 2020, the guild has been led by a woman for the first time in 500 years. Long-serving members receive honorary seals (also awarded to guests of honour) and/or the golden ring of honour (only passed on to other guild members after their wearers have passed away). The maintenance and preservation of the tradition associated with the guild is also ensured to this day through the organisation of funerals, projects, as well as the exhibition of guild objects such as the guild chest, flags, seals, books, and altars in Gars’ Zeitbrücke Museum. 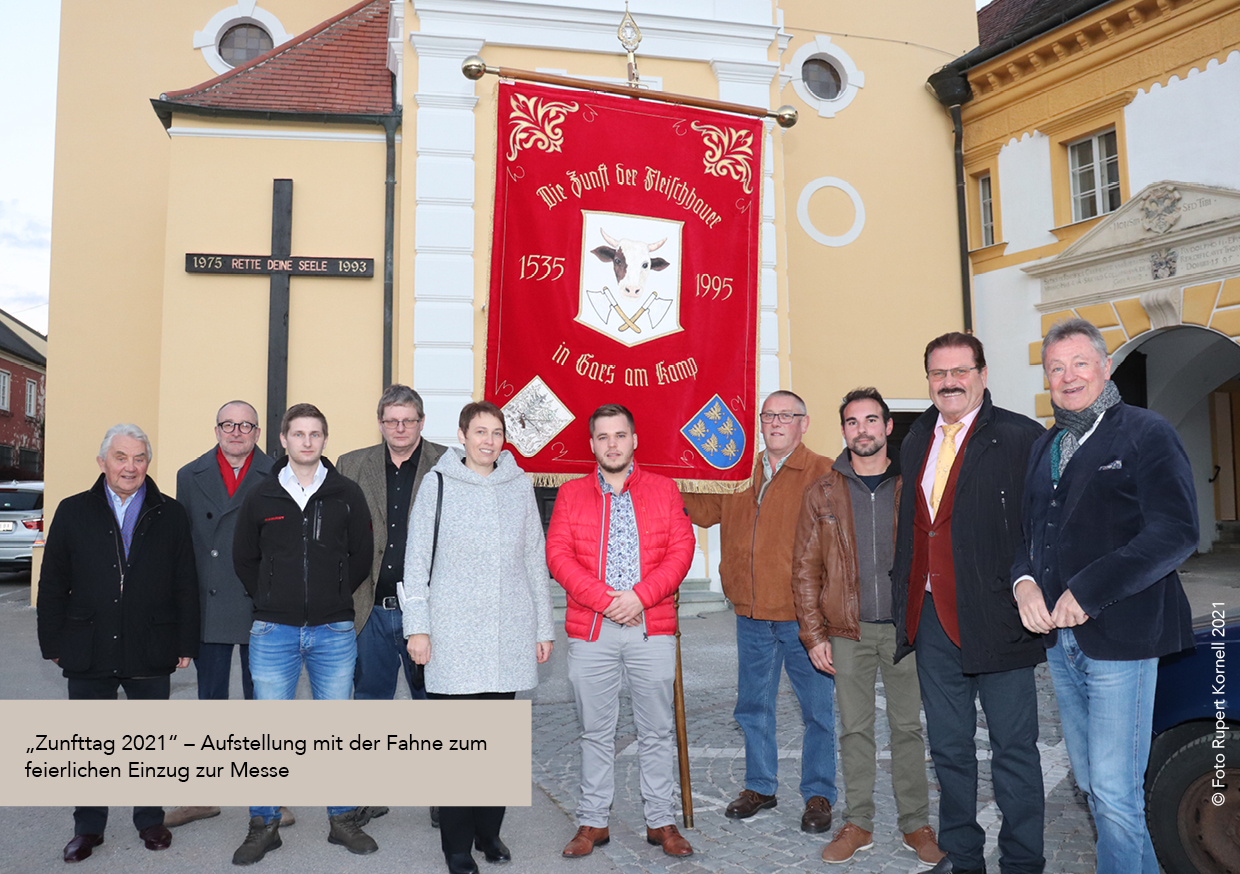