The Culture of the Viennese "Heuriger"
Social practices in Vienna, inscribed 2019

"Heuriger" culture encompasses social practices surrounding the Viennese "Heuriger" taverns, which are predominantly family-run businesses that are handed down from generation to generation. The Viennese "Heuriger" at the edge of town stands for congeniality ("Gemütlichkeit") and Viennese music. On the simple tables at a "Heuriger", one typically sees wineglasses and slices of bread with various spreads. While all "Heurige" share certain characteristics such as the free choice of opening times and permission to serve only their own wine, every "Heuriger" also has its own individual features—such as the available selection of foods.

Viennese Heuriger culture goes back to the mediaeval tradition of LeutgebenHeuriger culture dates back to the mediaeval tradition of Leutgeben; the term Heuriger culture goes back to the mediaeval tradition of Leutgeben.Leutgeber denoted all those who enjoyed the right to serve wine from their own vineyards to visitors. Today, the word huerig [used both as an adjective and as an adjectival noun and declined as Heuriger, Heurige, and Heurigen, depending on grammatical case and number] denotes both the wine from the most recent harvest as well as the establishment that serves it. Viennese Heurige are embedded in the landscape of Viennese wine. For many Viennese winemaking operations, the Heuriger is the most important sales outlet and ensures the continued existence of their vineyards and thus the local cultural landscape’s preservation. Informal accessibility and affordable offerings ensure these unusual taverns’ attractiveness to members of all generations. A sure sign of a Heuriger being open is a wreath or a bunch of greenery hung above the entrance. Depending on the availability of resources, Viennese Heurige set their own opening times over the course of the year; guests can learn of these from the so-called Aussteckkalender. Right up to closing time at midnight, wines including typical types such as the gemischter Satz as well as wine drinks such as the Staubiger or the Gespritzter are served from typical glass pitchers with handles. As late as the 1970s, it was still customary to bring one’s own food along to a Heuriger. But these days, onsite buffets are the norm; the offerings vary from Heuriger to Heuriger, but slices of roasted meat, spreads, and salads can be had everywhere. Characteristic are also the candy sellers who go from Heuriger to Heuriger, offering chocolate-covered fruits from vendor’s trays. The typical wooden tables with chairs or Heuriger benches are places where contacts are made, friendships are formed, news is exchanged, and Viennese songs are sung.

Viennese Heurige are for the most part family-run establishments where the ways in which things are done both in winemaking and in the kitchen are passed on from generation to generation. The association Der Wiener Heurige, founded in 2003, currently has a membership of 43 Heuriger taverns that are located in the Heuriger areas defined by Viennese provincial law. This association aims to preserve and promote Viennese Heuriger culture. Membership is open to all Viennese Heurige (of which around 100 exist). The association coordinates events, issues press releases, and does public relations and awareness-raising work.

One problem faced by Viennese winemakers is the rise in real estate prices seen in recent years, which has made it far more difficult or even impossible for them to acquire or lease suitable pieces of land. 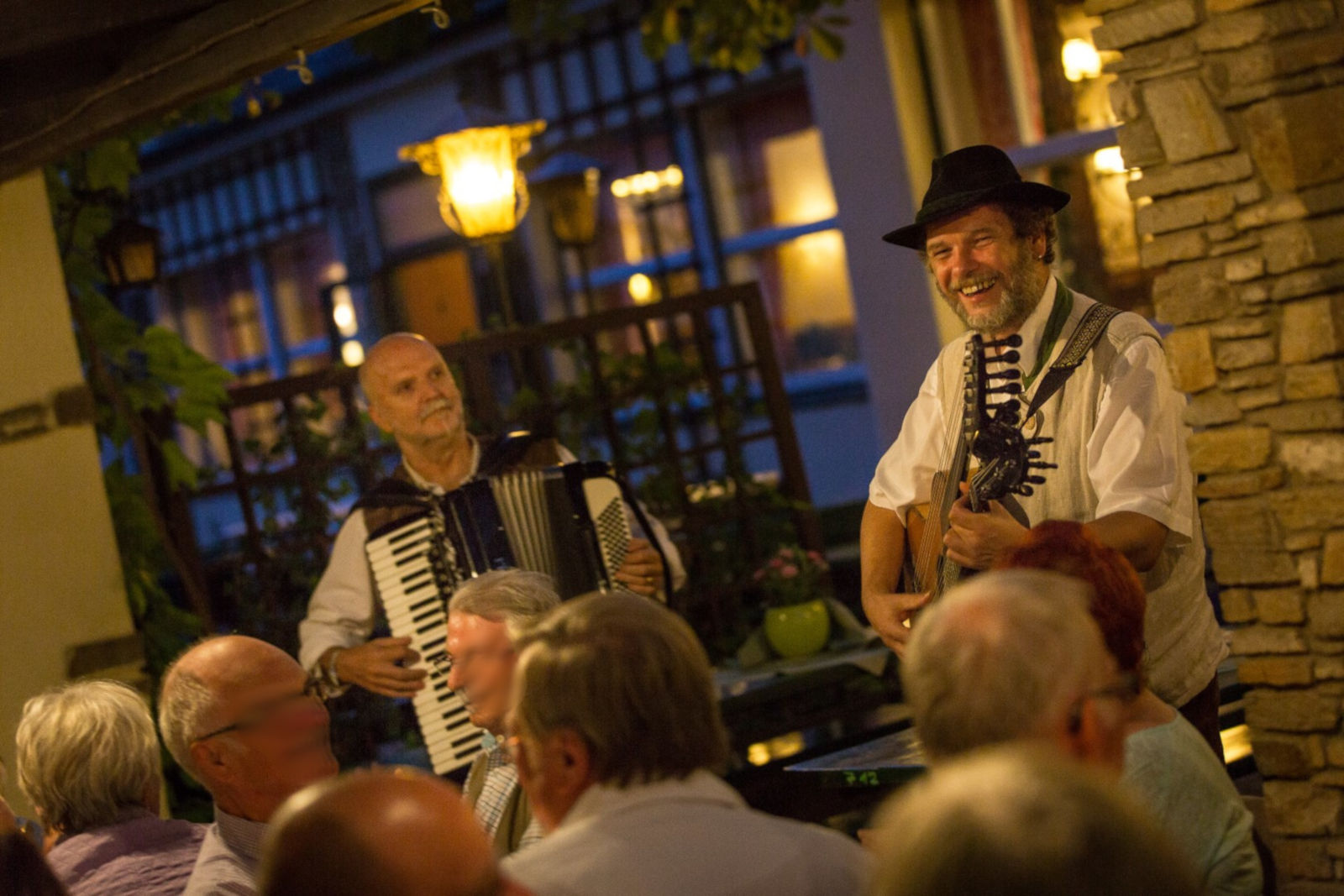