From "Köllamaunn" to the "Köllastund" and the "Köllapartie" to the "Köllajausn"—the Weinviertler cellar lanes represent a living and working space for the local population. The Weinviertel’s cellar culture has led to a special form of social cohesion. The essential feature is people gathering in press houses and cellars, whereby this interaction continues to be shaped by rules that are centuries old.

The Weinviertel’s cellar lanes have existed for many centuries and still have important social significance. The cellars’ owners regularly meet in their wine cellars at the regulars’ meeting known as the “Köllastund” to reflect, or ponder, on life over a glass of wine. Wine cellars are places of communication and extended social gatherings with invited guests are referred to as a “Köllapartien”. Passers-by are welcome and invited to join in, regardless of social status; this is considered cellar law and has been lived this way for centuries. Besides current political and economic topics, old stories are also discussed and debated on, always following the rule: "What is discussed in the cellar, stays in the cellar". The “Köllajausn”, a meal consisting mainly of cold dishes which are either homemade or regionally produced, is an important part of a “Köllapartie”.

Although the “Köllamaunn” was once the cellar’s owner or winemaker who regularly inspected the wine stock, including equipment, this term now describes quite a loose community of individuals who continue the Weinviertel’s cellar culture: they take care of the cellar, maintain social life, and preserve the Weinviertel’s cellar culture. Additionally, the cellar culture’s rites and customs had to adapt to the changes of the times and the dwindling number of winemakers. For example, the handing over of the large cellar key as a symbol for "unlocking" the cellar no longer only takes place in a familial context, but also when the previous owners are convinced that the successors will handle the property in a dignified and responsible manner. In particular, the regularly held "Köllapartien" and "Köllastunden" remain important social gatherings and places of exchange. Here, people get together and pass on the cellars’ stories and practices—for example, that a wine cellar’s visitors are not allowed to knock on the wooden barrels.

Associations, communities, and individuals undertake various measures to keep the Weinviertel’s cellar culture alive. Artistic and literary discussions and the 660 (since 1990) trained cellar lane guides contribute to the dissemination of knowledge and public discussion of cellar culture. Since 2012, the "Köllamaunn of the Year" has been awarded annually to people who have rendered outstanding services surrounding the topics of cellar lanes, wine culture, and cellar culture. These "Köllamaunna" are particularly representative of many other actors who are committed to the safeguarding and continuation of the Weinviertel’s cellar culture. 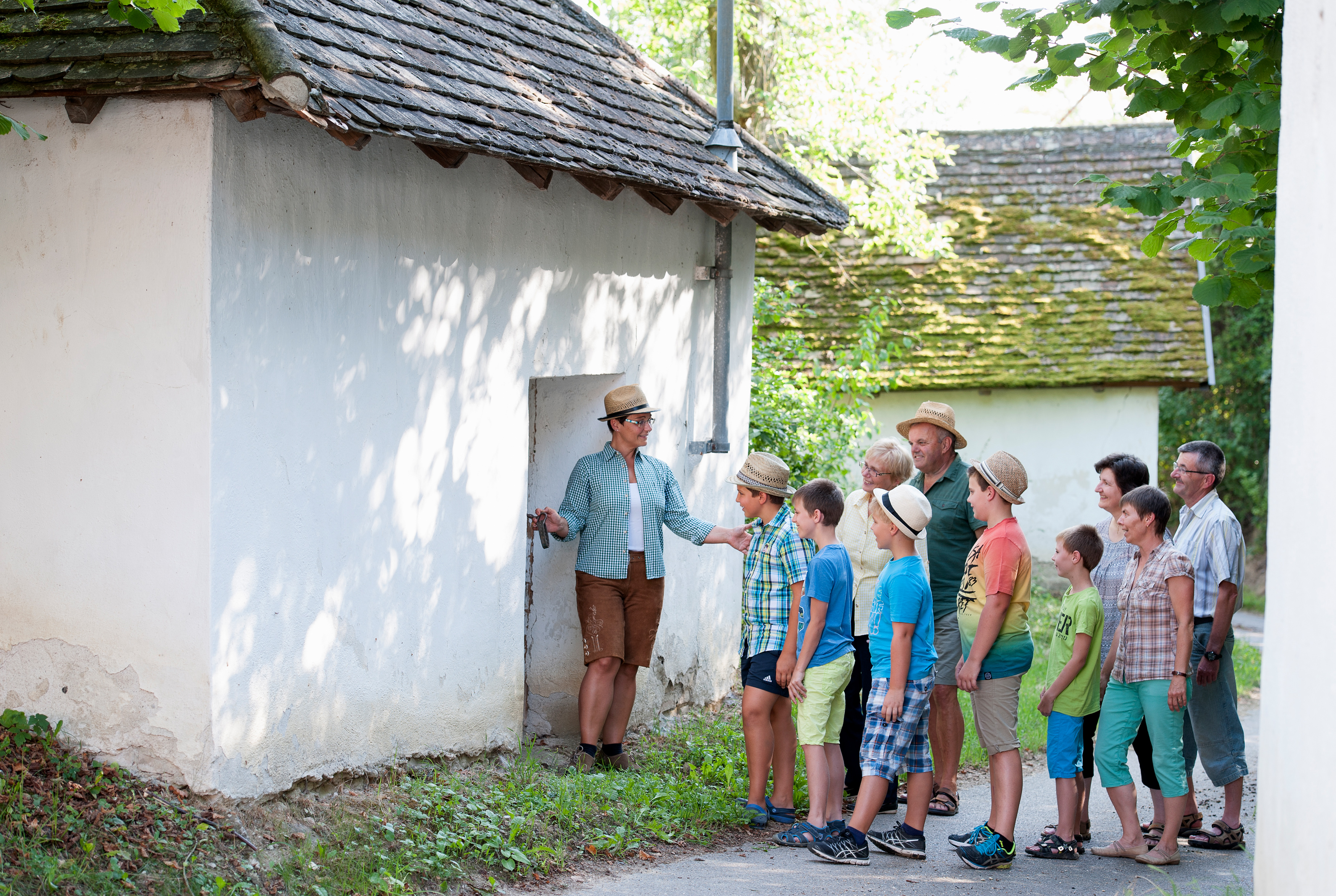