Since the foundation of Theresienfeld in 1763, irrigation has played a formative role in the lives of the local population. The "Tirolerbach” artificial irrigation system is still used to irrigate gardens and house fields following fixed rules and techniques today. The water is “turned off” at the end of October, and on the first Sunday of April, "the water comes back”. The water cooperative clears, cleans, and inspects the system and monitors the equitable distribution of water.

The Tirolerbach is an artificial irrigation system located in the Lower Austrian village of Theresienfeld. The water for the irrigation canal, which is approx. 5.3 km long, comes from the Piesting near Wöllersdorf and made the area, which was barren until the 18th century, habitable and usable for agriculture. The water could be directed to the fields through the canal network (quarter, night, and feeder canals) and "flooded" by means of damming the water at certain times and in certain quantities. At the same time, a set of rules emerged alongside the practice: the so-called "water supply regulations”. These specify the water distribution quantity and times, and detail regular maintenance measures and sanctions for violations. This technique and the set of rules are still used to this day. For example, all those with the right to use the water must participate in the annual cleaning of the main canal ("Boch rama") or pay a "convention coin" if they do not attend. In addition, "Wasserspira" [water officers] and "Viertelkommissionär*innen" [quarter commissioners] are designated to walk the canal network regularly to determine any damage to the system. From April to November, the "hourly division" specifies times when individuals may make use of their dam traps and open the side traps for irrigation. It is only possible to operate and maintain the whole system through joint efforts.

The irrigation technique is a habitual activity for residents with rights to use the water. It strengthens social ties within the market community and responsibility for the scarce resource of water. In addition, the canal systems and the associated infiltration ponds provide habitats and watering holes for various species of animals. However, exponential population growth and increasing droughts pose threats to the system itself as well as to the significance of knowledge and importance of the system. Conservation measures carried out by the water cooperative, such as cultural trails with information boards, brochures, guided tours, a digital village archive, as well as appearances and information on social media, contribute to the visibility and safeguarding of the element. 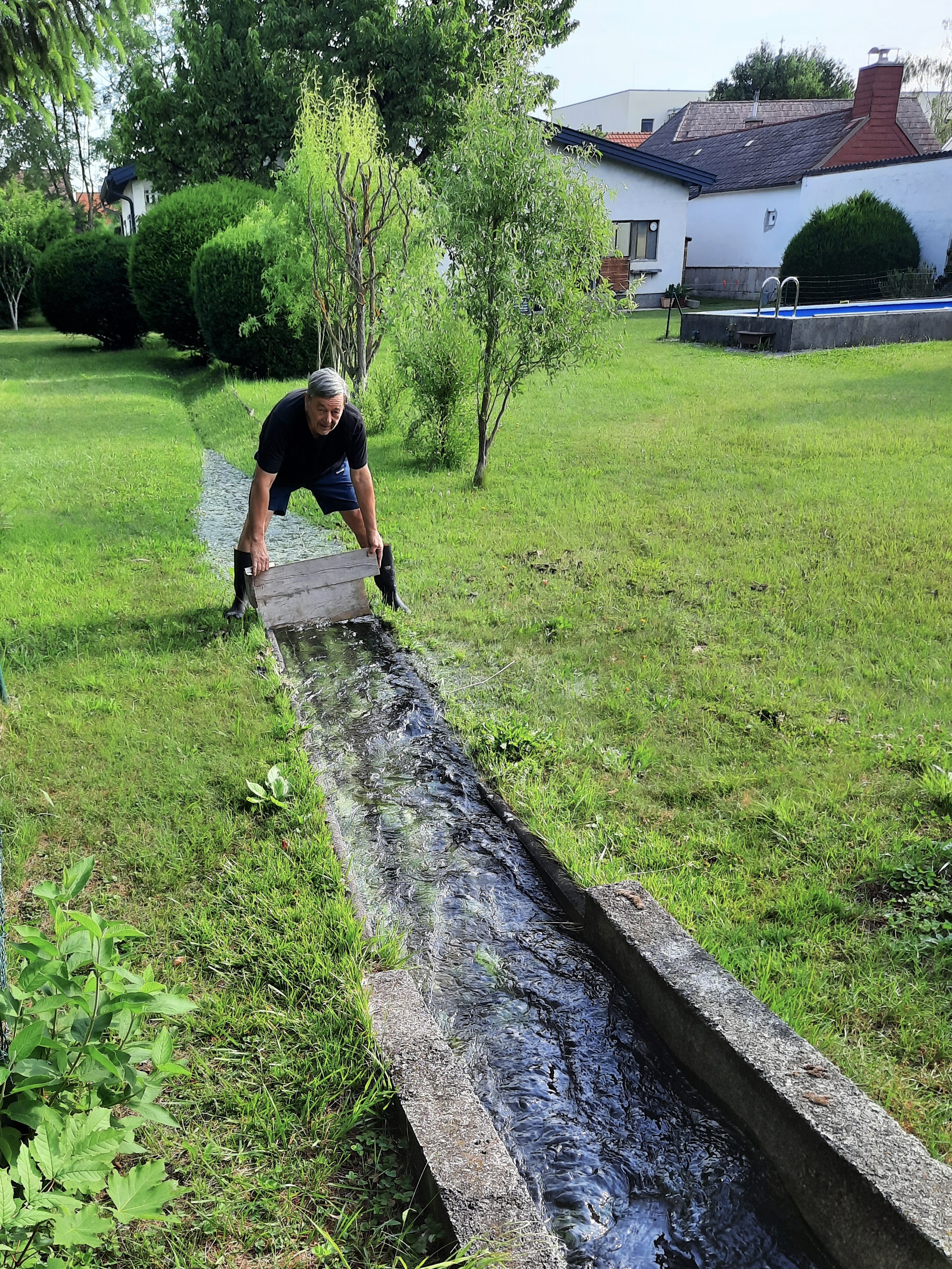