The traditions of Upper Austria’s ceremonial marksmen are diverse and characterised by various regionally specific elements such as traditional costumes, the "Schützentanz" [Marksmen’s Dance], and special marksmen’s terminology. The practices in which they engage follow the annual calendar’s sequence of religious and secular celebrations. Marksmen’s traditions are hence an important element of regional identity for the communities of people who practice them.

While crossbow and air gun marksmen fire their weapons in public mainly as part of customs practiced on church holidays, Corpus Christi marksmen and burghers’ guards—with their loud gun salutes and canon volleys—orient themselves toward the annual calendar’s holidays as well as toward important events in individuals’ lives. The turn of the year, for example, sees the old year “shot out” while the new one is “shot in”, and the most important celebration of all for marksmen is Corpus Christi (called Fronleichnam or also Prangtag). In the past, their practices have also been traditionally carried out at births, funerals, and weddings, and as a way of receiving guests of honour.

The relevant knowledge pertaining to the production and handling of traditional weapons as well as caring for traditional costumes and/or uniforms is passed on to the younger generations in a largely oral fashion. Other elements that bear witness to these customs, alongside the traditional weapons, are painted wooden marksmen’s targets, songs and dances, special marksmen’s terms and expressions, and various service and/or skill badges as well as flags.

In keeping with technological advances, legal regulations, and social developments, some customs are being adapted to the present day—for which reason the past few years have also seen women join communities of marksmen. Marksmen’s associations actively pursue youth work, and various other types of projects such as continuing education offerings, safety courses, and public events aim to help preserve and further develop their traditions. 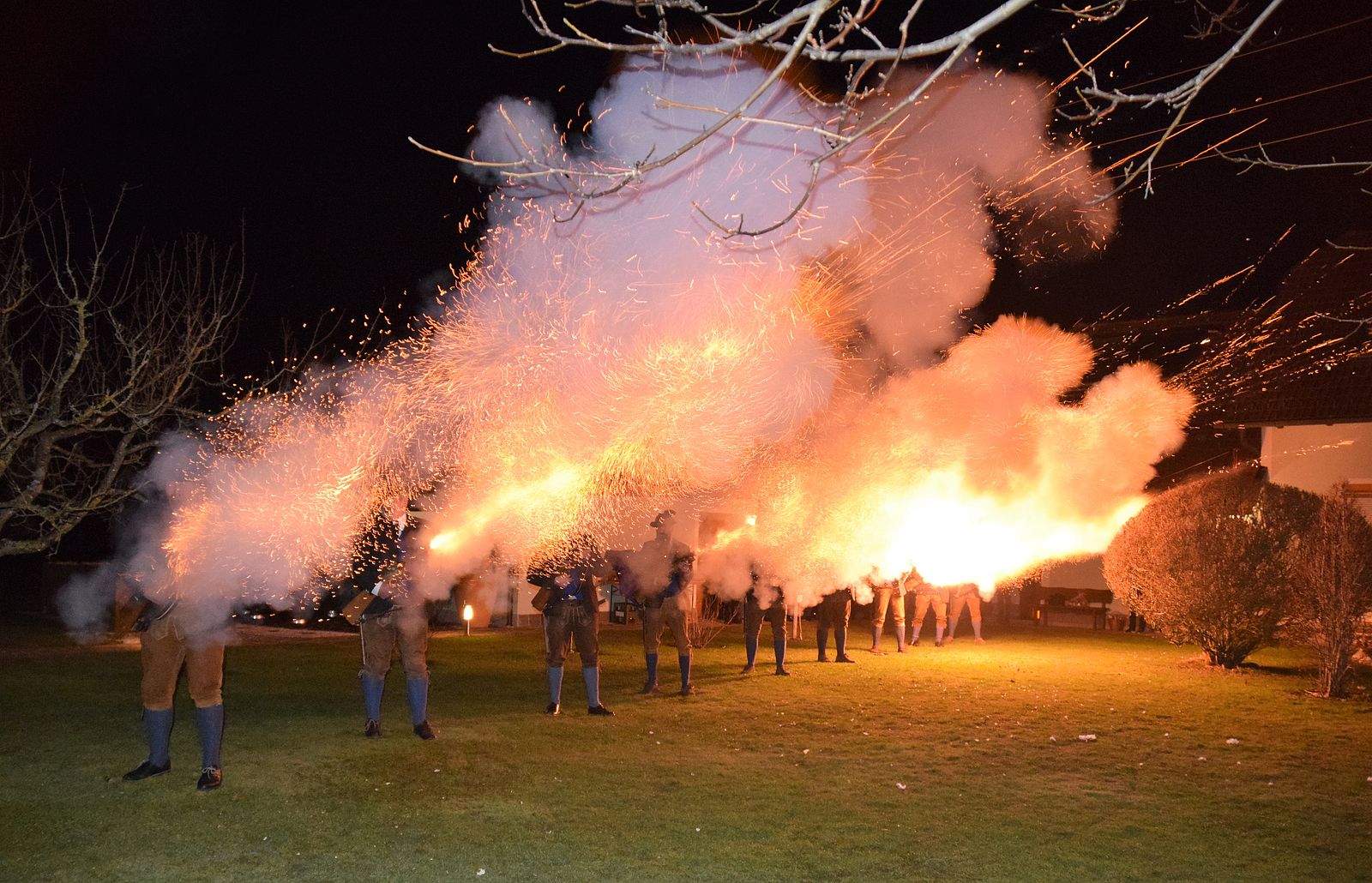