While pitch oil was originally widely used in folk medicine, today its applications are limited to home use. In Upper Austria’s eastern Mühlviertel region, liquid resin is still extracted today using pitch-oil stones. On the slightly slanted stones, small kilns of resin-rich pine are constructed and covered with soil. About two hours after the kiln is ignited, the pitch oil begins flowing along the stone’s small leaf-vein grooves. This method of extracting resin is still practised by several families.

The age of these historic pitch-oil stones is uncertain; they are usually granite with grooves scored on their flat tops, similar to leaf veins. The knowledge of pitch-oil burning in the eastern Mühlviertel region (Freistadt district) is centuries old and was formerly widespread. This is attested to by the more than 90 pitch-oil stones still found in the region. The extraction of pitch oil has not survived anywhere in the region as a continuous tradition and in recent decades has declined, particularly due to the marked decrease in the general interest in traditional folk medicine and time-honoured traditions.

In 2005, a Pitch Oil Path was created in the village of Elz that leads to pitch-oil stones and features educational signs about pitch-oil burning. Today, pitch-oil burning is regularly demonstrated at village festivals; the extracted oil is sold in small bottles as souvenirs and is used as a remedy to sooth minor ailments in both animals and humans. Moreover, in agreement with the respective landowner, the pitch-oil stones still in existence are maintained and preserved. 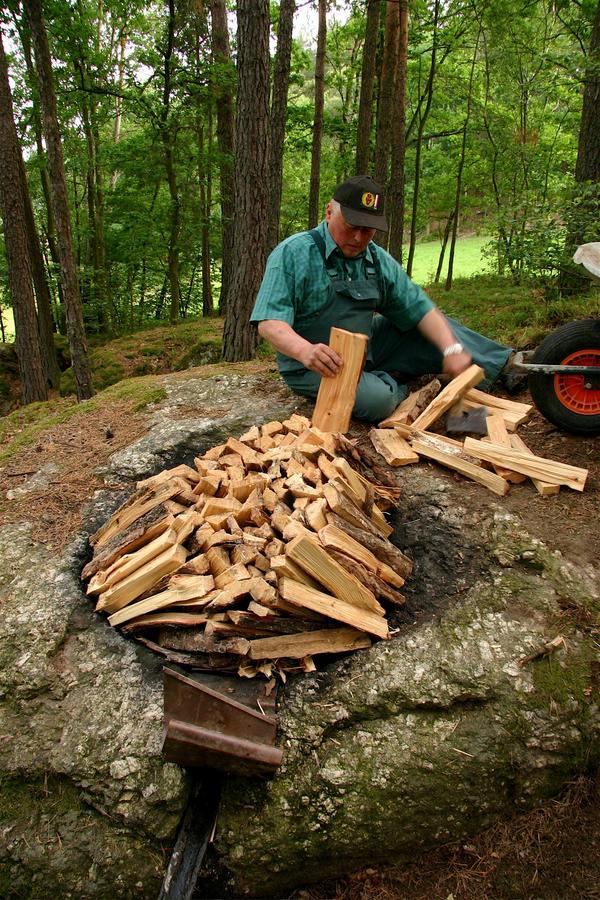