To this day, knowledge of classical horsemanship and the haute école on and above ground is handed down orally from one generation of riders to the next at the Spanish Riding School in Vienna and presented to the public in domestic and international horsemanship demonstrations. As part of this, the young cadets and assistant riders learn not only from their older colleagues but also from the school stallions themselves.

For over 430 years, the Spanish Riding School—with its specially bred horses, the Lippizaner—has continually upheld a type of artful horsemanship that experienced its initial golden era among the ancient Greeks. The School’s originally courtly tradition lives on in the present day, having survived the most varied political systems and upheavals in Austria unscathed. Since 2001, classical horsemanship has been explicitly defined as a mission of the Spanish Riding School that serves the public interest.

Day-to-day riding school operations, training of the horses and riders, and passing on the art of the High School have always been overseen exclusively by the Head Stablemaster and the Chief Rider. At the Spanish Riding School, the Chief Rider and other riders have always passed their many years of accumulated knowledge on to the next generation orally. Assistant riders and cadets learn from their more experienced colleagues through instruction and observation, but also from fully trained school stallions—a way of learning that, among other things, enables them to apply the knowledge gained to the training of young horses later on.

In 2015, this tradition was inscribed on the international Representative List of the Intangible Cultural Heritage of Humanity. 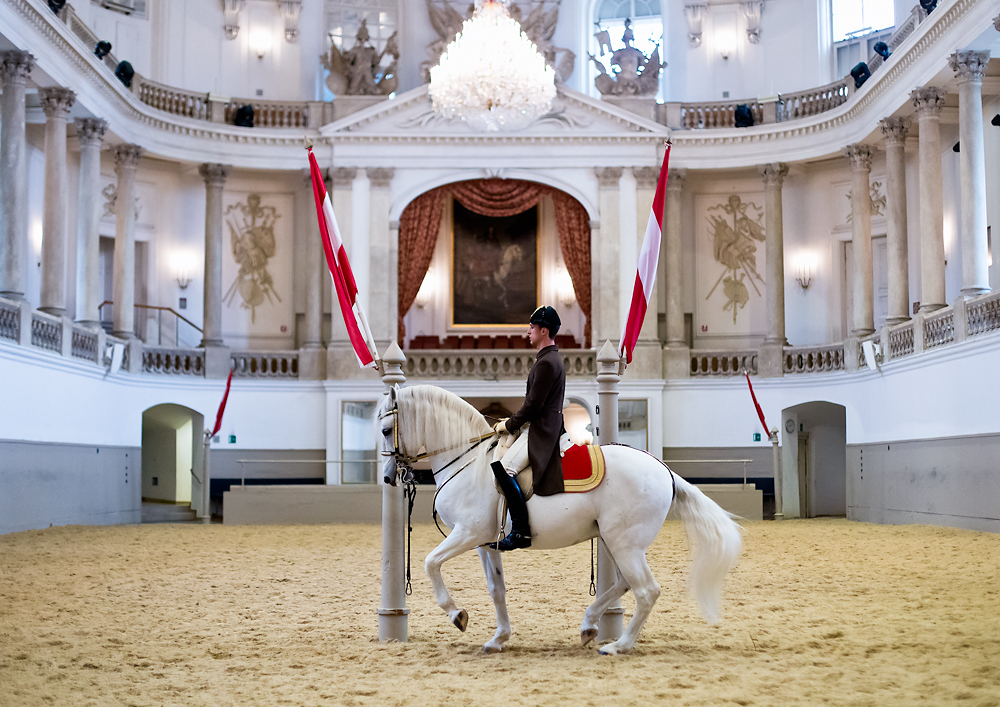