According to sources, the custom of the Amras “Matschgerer”, celebrated each year during the carnival season, dates back to the 17th century. This tradition, which has its roots in the village community, has been preserved to the present day despite the annexation of Amras by Innsbruck, the provincial capital, and urban influences. At the centre of the custom is, aside from the processions, above all the performances of the masked figures called “Matschgerer” before small audiences, with certain costumes and forms of conduct attributed to each carnival figure.

The Amras “Matschgerer” have their origins in what is today Innsbruck’s Amras district. Despite the urban influence on the infrastructure and the organisation of the village community, the Amras carnival tradition has been preserved. The carnival activities begin on 20 January and end on Shrove Tuesday. It should be emphasised that the focus is not primarily on events like the procession of the “Matschgerer” but rather on small-scale performance venues and the interaction with the local residents. The individual characters represented by the Amras “Matschgerer” are composed of various figures, with attention paid to traditional costumes and comportment. The events follow a particular procedure: In his role as herald, the “Lord” greets the visitors and announces the entrance of the characters. All other figures, such as the “Bajatzl”—a jester figure attired in a red and yellow costume and representing the carnival season—have their own characteristic mode of behaviour. For example, the “Kurz”, with his elaborate headdress, stands for beauty, while the “Zaggeler” symbolises the mystical and the eerie. Each of the Amras “Matschgerer” figures has its own choreography (dance and gait), which requires a great deal of advance preparation to master.

The “Amras Matschgerer” association is concerned with the preservation and creative transmission of this tradition and regularly organises events and training programmes, often in collaboration with local clubs and institutions. 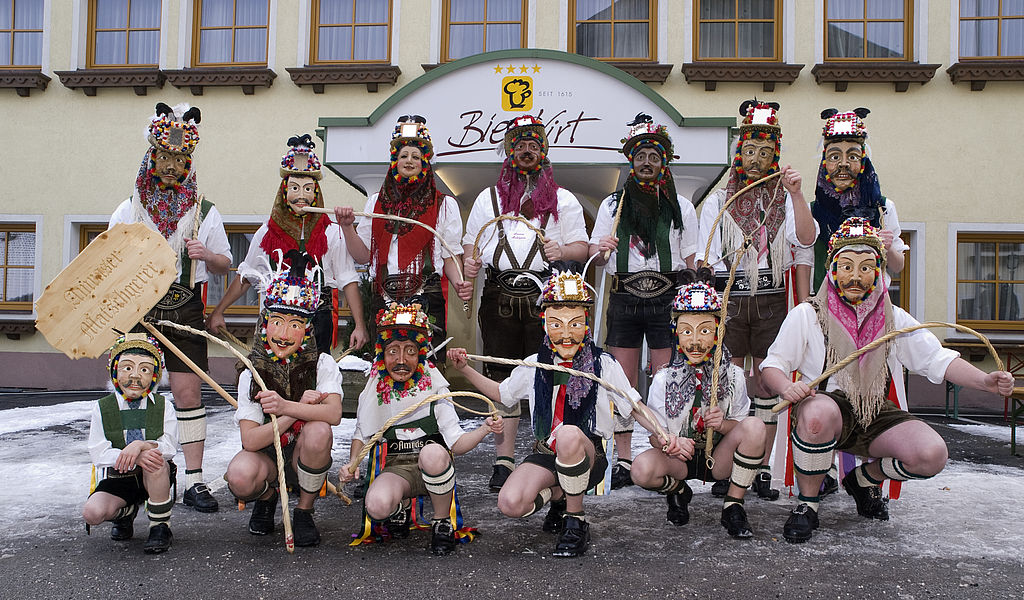