UNESCO offers the most diverse range of programmes of all the UN specialised agencies. It serves as a global forum of intellectual collaboration in the following areas:

Every four years, UNESCO sets out its programme (currently 2014–2017) and, in doing so, determines its key activities. Medium-Term programmatic Strategies (currently 2014–2021) set the direction for the organisation. UNESCO serves as a forum for international cooperation and exchanging information, experiences and ideas. In line with its five main activities, UNESCO sees itself as a forum for solving global problems, for creating international standards, for building capacities and as a clearing centre and a platform for international cooperation. It is not a development aid organisation or a project funding agency. The highest decision-making body in UNESCO is the General Conference, in which all Member States are represented with one vote each. It meets every two years to decide on the organisation’s budget and new members of the Executive Board, while the organisation’s four-year programme is decided at every other session. Decisions are generally made based on a consensus or with a simple majority. For important issues (budget concerns, changes to the constitution), a two-thirds majority is required. The General Conference elects the Executive Board , which is made up of 58 Member States. The Executive Board is the management and supervisory body and monitors the implementation of the working programmes adopted by the General Conference. The Secretariat is responsible for the practical implementation of UNESCO programmes. Since November 2017, it has been headed by Director-General Audrey Azoulay. The headquarters of the secretariat are located in Paris, though there are branches (regional offices and research institutes) all over the world. Governments and National Commissions for UNESCO worldwide are not the only bodies involved in implementing UNESCO programmes. Global interests are now increasingly represented by non-governmental organisations and specialist institutions, as well as by civil society as a driving force for sustainable change. Over the years, UNESCO has continually strengthened its collaboration with these representatives. The 199 national commissions, official partnerships with 373 international NGOs, association of scientific institutions, 100 UNESCO Category 2 Institutes and Centres, more than 870 UNESCO Chairs and more than 11,500 educational institutes in 182 countries as part of the UNESCO Associated Schools Programme are a testament to these efforts. 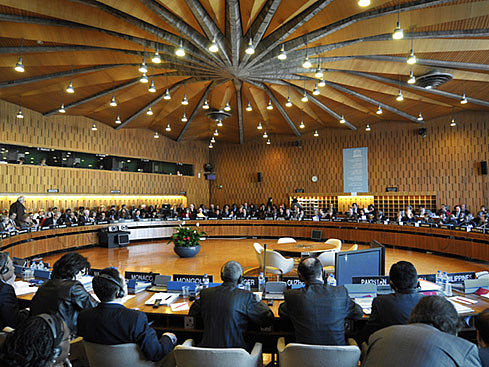 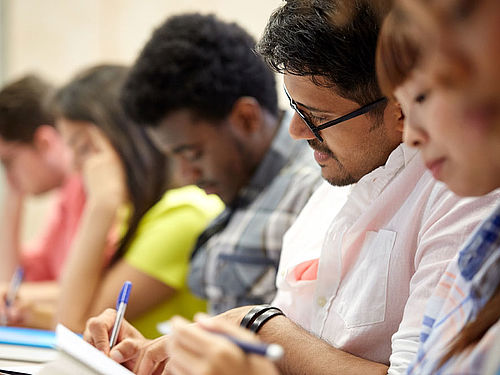