The story of the Viennese coffeehouse began near the end of the 17th century and was closely tied to the Turkish siege of the city. Vienna’s first coffeehouse was established by the Armenian spy Deodato, who was entrusted with brewing coffee for the Habsburg court in Vienna. In 1720, Café Kramer, on the Graben, was the first coffeehouse to offer newspapers for their customers to peruse.

Between 1803 and 1813, Napoleon’s continental blockade of trade with England put Vienna’s coffeehouse owners to a hard test. The duties placed on coffee beans were so high that the beans became virtually unaffordable. When Austria joined the embargo in 1808, Vienna’s coffeehouses were brought to the brink of collapse. In this period, however, they were for the first time permitted to serve wine and warm meals. With the end of the embargo, coffee was again served. While coffeehouses were initially reserved solely for men, in 1856 women were finally admitted as well. The coffeehouse became a place of transnational literary communication and played a significant role in the area of politics as well.

In 1956, a coalition of traditional and innovative coffeehouses in Vienna founded the “Klub der Wiener Kaffeehausbesitzer”, the Club of Viennese Coffeehouse Owners. Among the association’s most important missions is the promotion of cultural projects in the coffeehouses. Joint training programmes and excursions are held regularly in order to expand members’ expertise and to cultivate social interaction. This association presents itself to the public as the central coffeehouse representational body and is thus the point of contact for all those interested in coffeehouse culture. 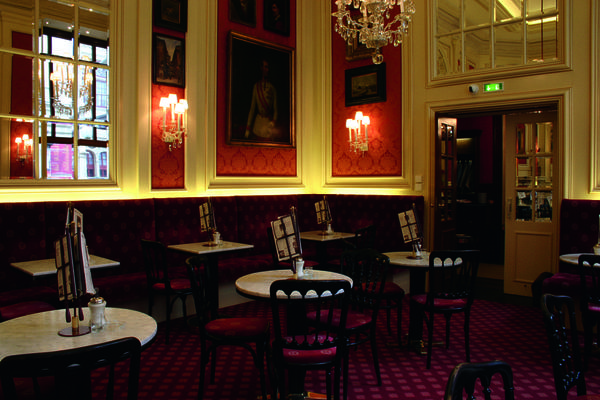