Traditions of the miners and iron smelters along the Steirische Eisenstraße (Styrian Iron Route)
Social practices in Styria, inscribed 2018

The cultural heritage of mine workers, who have their own special dances and songs as well as their own traditional costumes for holidays and celebrations, developed over many centuries along the Steirische Eisenstraße (Styria’s segment of the Central European Iron Trail). This heritage lives on today in the still-active mining region near Styria’s Erzberg (Ore Mountain) and reflects the region’s identity. Present-day practices centre on the feast day of St. Barbara (patron saint of miners), which is on 4 December.

The cultural heritage of the Styrian Iron Trail developed directly out of the everyday mining and smelting work involved in obtaining and processing iron ore. These days, the history of this mining region is recalled and upheld in numerous practices such as the Eisenerz Miner’s Dance (Eisenerzer Bergmannstanz), miners’ songs, miners’ traditional shows of piety (as practiced during miners’ final shift before Christmas), and the Ledersprung (an initiation rite that involves jumping over a leather miner’s apron) at St. Barbara’s day celebrations in the region, as well as in the elaborate student traditions practiced at the Montanuniversität in Leoben. The common thread running through all of these practices is represented by the centuries-old traditional costumes produced by the custom tailor’s shop Woschner—the only such shop in Austria that still produces miner’s aprons by hand—since 1882.

The success of mining at and around the Erzberg and the many traditions of the Montanuniversität in Leoben form a solid foundation for the long-term safeguarding of this living cultural heritage. Risk factors to which its preservation is subject—including the advent of new occupational fields in mining and the metalworking industry—are associated with the need of the traditional associations to find enthusiastic young members and with the region’s loss of its connection to mining and the associated approaches to mining culture. The most important upholders of the region’s mining traditions, the traditional miners’ associations, are crucial transmitters of this cultural heritage today, and various safeguarding measures such as the involvement of schools or the filming of the dances have already been taken. 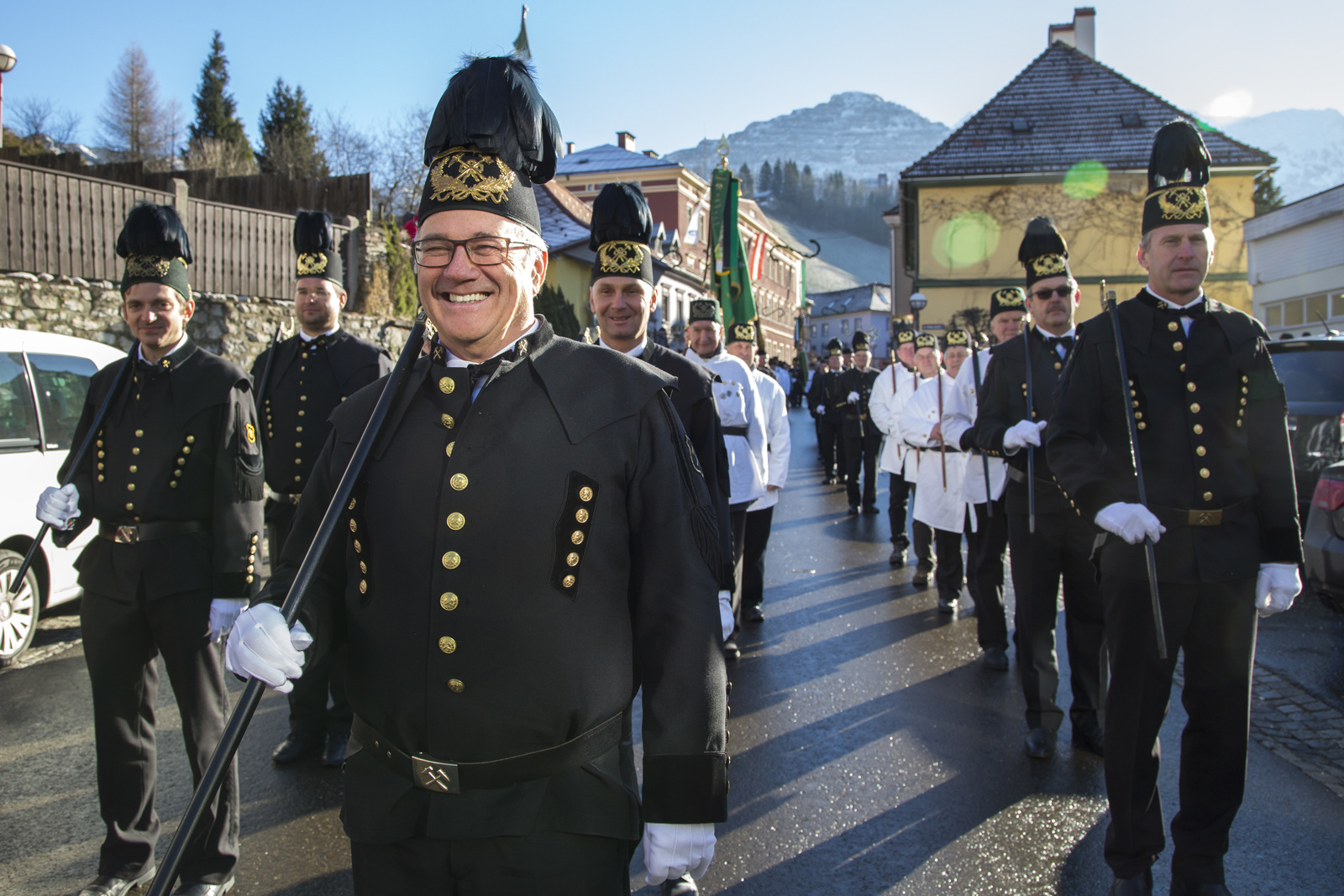