The Gauderfest in Zell am Ziller
Social practices in Tyrol, inscribed 2014

The Gauderfest in Zell am Ziller is one of the largest celebrations of spring that has been preserved in the Alpine region, and it dates back as far as the 15th century. The name refers to the location of this folk celebration, the so-called Gauderlehen. Its climax is the festive parade that takes place on the first Sunday in May, each year with a different theme such as a historical event. Over 2,000 wearers of traditional costumes from a multitude of regions within the Alps participate.

It used to be the Gauderfest also gave occasion for a large market and cattle market, which was attended by the miners living in the valley in addition to the local rural populace. Dances were danced and games were played, and this folk celebration even also served as a regional marriage market. The Gauderfest was characterised by a great many official competitions that became known for beyond the boundaries of the Zillertal. But cockfighting and cow-fighting were dropped in the mid-1950s due to animal welfare considerations, as was ram-fighting in 1999. What is remains the traditional form of wrestling (Ranggeln), in which men from Tyrol, south to roll, Salzburg, Bavaria, and Switzerland take part, all competing for the Hogmoar. So the competitive atmosphere of the Gauderfest still exists today. Additionally, the day before the main parade features performances by young traditional costume groups who put on a smaller parade and present dances on a stage. This component is intended to actively involve the next generation in the Gauderfest. 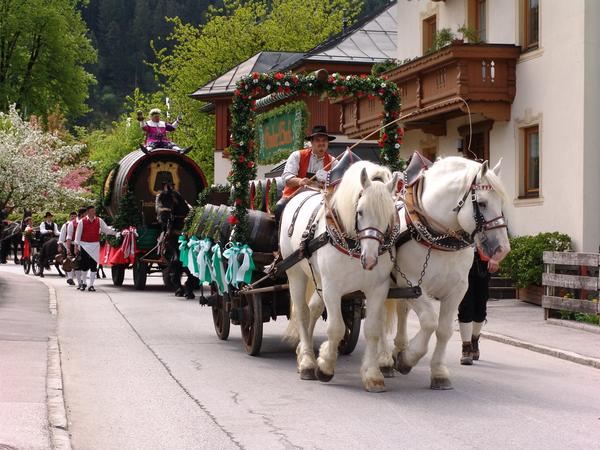