For a great number of people, the song “Silent Night, Holy Night” (original German title: “Stille Nacht! Heilige Nacht!”), composed in 1818, is a focal point of their Christmas Eve celebration, and many even consider it the quintessential Christmas carol. Singing and playing this song together is both encouraged and practised by church communities of various faiths, choirs, singing societies, kindergartens, schools, and other educational institutions.

“Silent Night” is extremely well known in all Austrian provinces. It is passed down from generation to generation within the various communities, associations, and families. “Silent Night” transcends confessional and national borders; it has now been translated into some 300 languages and spreads the Christmas message of the birth of Jesus Christ around the world.

The creation of the Christmas carol “Silent Night, Holy Night” can be dated to the 19th century. The lyrics were written in 1816 by Joseph Mohr in the town of Mariapfarr, in Salzburg’s Lungau region, and two years later set to music by Franz Xaver Gruber. Over time, the song underwent numerous musical and textual modifications, with new arrangements and copies of the carol published regularly. The carol’s worldwide reception history, which now extends over two centuries, speaks to a high degree of continuity.

The song addresses the human desire for all-encompassing peace, conveys a feeling of fellowship, and promotes interpersonal exchange and mutual understanding. It has a transgenerational, unifying effect and brings together people of different age groups, faiths, and ethnicities, all of whom regard this song as part of their own festive culture. 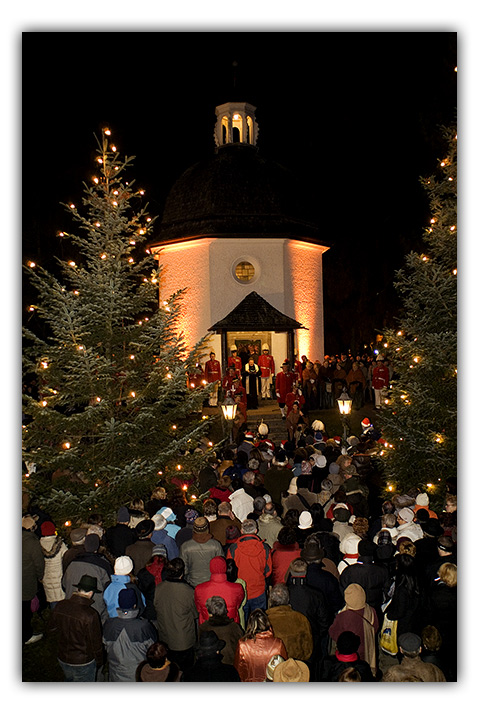