Round Dancing on ice in Vienna
Performing arts in Vienna, inscribed 2018

Round dancing on ice is an on-ice version of ballroom dancing performed on Viennese ice skating rinks within a defined dancing circle. Anyone who possesses the necessary skills can participate, and there is no fixed set of rules. The various sequences of steps can be freely adapted to the rhythm of the music being played, and people dance in couples or in larger groups with alternating partners just like at a Viennese ballroom event.

Toward the close of the 19th century, this type of ice-dancing developed out of the “Viennese school” of figure skating and in parallel with Viennese balls. The simultaneous combination of dancing in couples and in groups points to this activity’s connection with the Viennese ball tradition. Over a period of many years, so-called Tanzkorsos [dancing pageants] became permanent fixtures in the calendar of Viennese society that were held regularly at certain times of the day, with military ensembles providing live dance music. Several Viennese dancing styles, such as the “circle waltz”, are hardly seen at all anymore outside of skating rinks. Ice-dancing during normal public skating hours takes place every day at midday as well as on individual evenings at the Viennese skating rinks Wiener Eislauf-Verein and Kunsteisbahn Engelmann. And some of the families who participate have now been ice-dancing for five generations.
In ice-dancing, the various pieces of music are played in a specific order. This makes it possible for the dancers to arrange to dance certain dances together—just like at a ball. These days, recorded music is used. Various step-sequences can be chosen for the various pieces of music. A Viennese waltz (3/4 time), for example, can serve as the musical basis for three different partner dances (12-step, 14-step, Herzln [hearts]) and two group dances (Knödel [dumpling] and circle waltz). The necessary skills are passed from generation to generation by way of on-ice demonstrations. 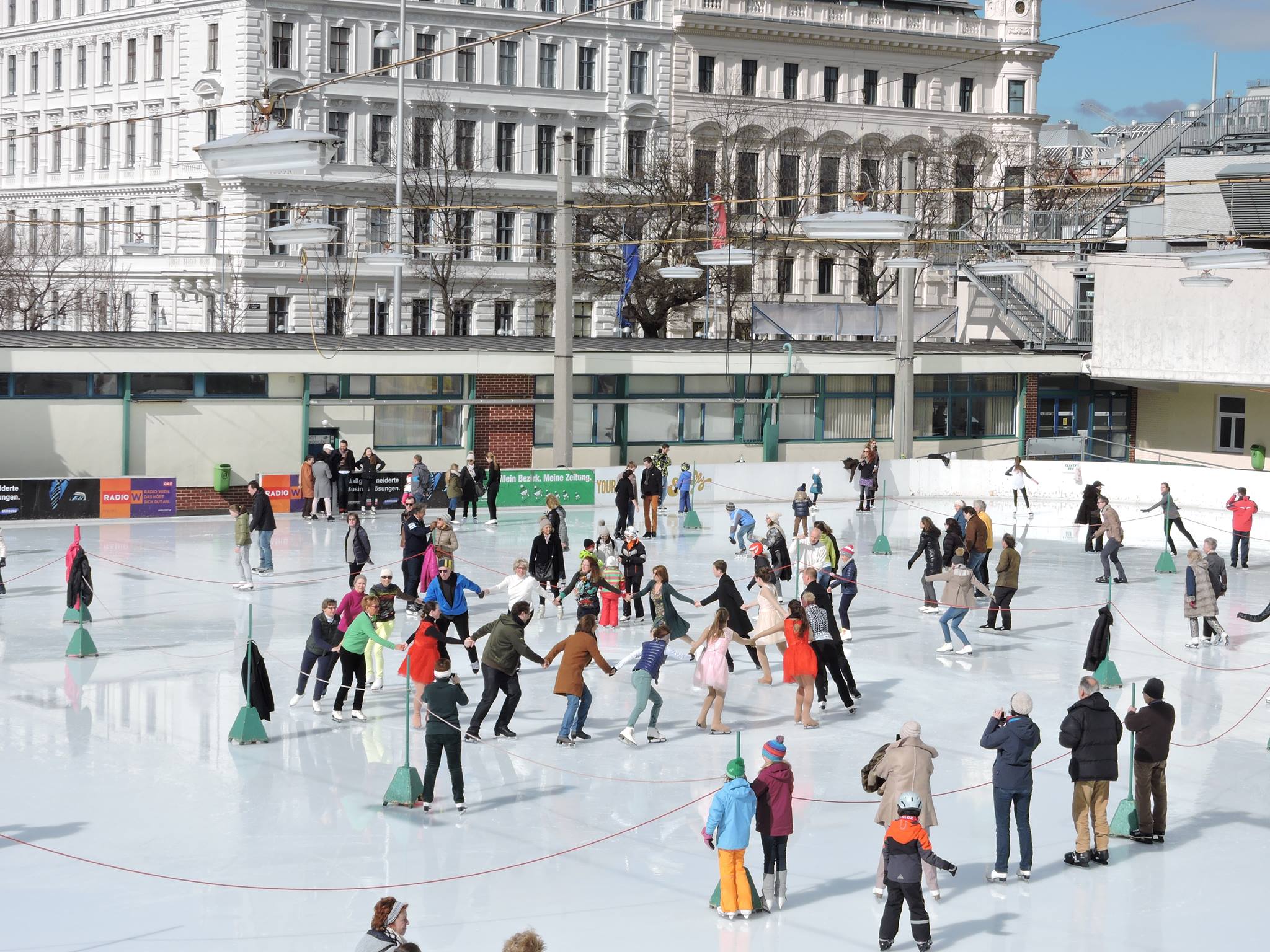