The Jew’s harp ("Maultrommel") is a small musical instrument consisting of a metal frame and a steel tongue or reed. With the instrument pressed between the teeth, the flexible steel reed is plucked and vibrates, using the musician’s head as a resonance chamber (see article on "Jew's Harp Playing in Austria"). The Jew’s harp is thought to be of Asian origin, and the existence of a Jew’s harp makers’ guild in Molln is documented as early as the 17th century. Today, there remain only three family businesses that produce and sell Jew’s harps.

There are three main steps involved in producing a Jews harp: the creation and bending of the frame, the stamping out and installation of the spring in the frame, and the fitting of the frame and shaping of the spring. Depending on the standard of quality that the Jew’s harp is to meet, production is done either completely by hand or with the help of machines. The earliest known written mention of Jews harp makers here is from the beginning of the 15th century, in documents of the parish of Molln as well as in the land register for the town of Steyr and the territory belonging to it. In parallel with the iron industry in the Eisenwurzen region, the home-production of this little musical instrument by family businesses developed into a profitable pursuit. Many of the myriad little working steps necessary to produce a Jew’s harp were distributed among individual families, which represented independent, self-contained production units.

These days, the number of Jew’s harps produced annually lies between 200,000 and 300,000. For very high quality Jew’s harps, the metal parts are forged in-house. Due to the lack of automation options, production remains a labour-intensive process that makers now only engage in as a side business. This makes it more difficult to hand over these businesses as well as pass on the “family trade” to the next generation. Alongside the simple Molln Jew’s harp, present-day businesses also put a particular focus on the production of special hand-forged and turned Jew’s harps, which are exported to over 40 countries around the world. 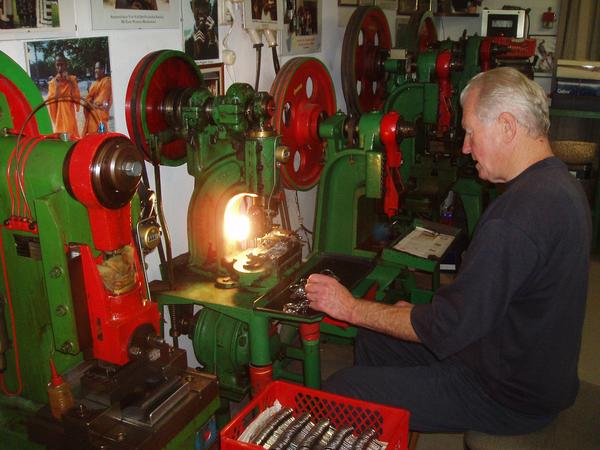