Resin extraction from black pines, also called Austrian pines, has been a common trade for centuries. The surface of the tree trunk is wounded to artificially stimulate the flow of resin. The resin thus collected is then processed in refineries and boiling houses to make turpentine oil and rosin, also known as colophony. Until the second half of the 20th century, these intermediate products served as the basis for the industrial manufacture of paper, lacquer, paint, soap, and many other products.

The resin-extraction trade has for centuries left its mark on the landscape, economy, and culture of south-eastern Lower Austria. It is closely linked with the occurrence of pines, in particular black pines. The dispersal area of this type of pine extends from the city limits of Vienna south to the Wechsel region and the plains of the Steinfeld, although many of the growing areas are man-made. For thousands of families in south-eastern Lower Austria, resin extraction represented an important source of income for a matter of centuries and is still practised in the districts of Mödling, Baden, Wiener Neustadt, and Neunkirchen. This trade is passed on orally from one generation to the next within families and circles of friends. Written sources are scant.

There is direct or indirect documentation of resin extraction going back to the Middle Ages, such as in the names of land parcels, and the trade was especially promoted by landowners beginning in the 18th century. The resin extracted in Austria today is produced with the same traditional techniques that have been passed down for centuries. However, many businesses were not able to withstand the strong competition of cheap imports and more economical local products made of mineral oil and were forced to close down. Today, only eight resin extractors remain in Austria and a single active business. The continued existence of resin extracting for future generations is presently not ensured, as the trade is scarcely profitable. In many regions of Europe, resin extraction as a trade has already died out. 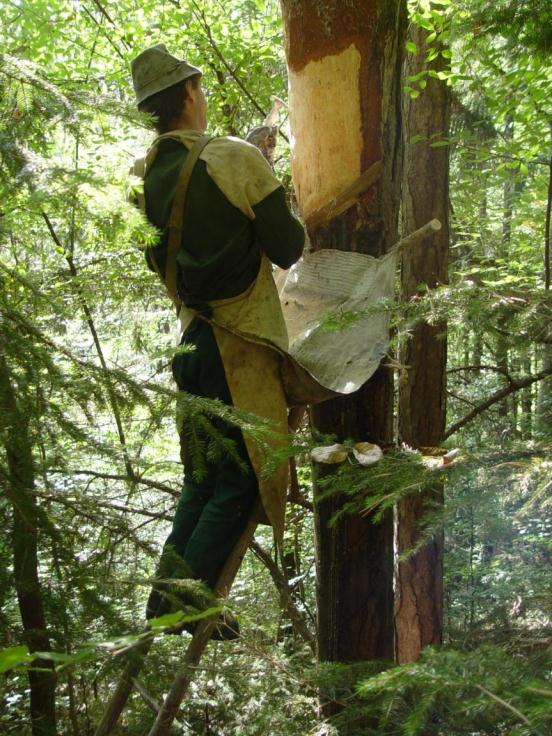