In d’Grean gehen – An Outing in the Greenery
Social practices in Lower Austria, inscribed 2019

On Easter Monday, the northern Weinviertel region’s winemakers invite people to the various cellar lanes ("Kellertrift") for an “outing in the greenery” (referred to as "in d’Grean gehen" or "Grean geh") to enjoy food & drink. This particular type of outing, which is practised in several of this region’s communities, is characterised by regionally specific religious and secular elements.

The custom of in d’Grean gehen can be traced back to the preindustrial era, when vineyard work involved considerable physical strain. After the winter season’s difficult and arduous toils, winemakers would thank their helpers by inviting them to their cellars to celebrate the new growing season and the end of Lent with wine, bread, and smoked meat. While religious aspects such as the Walk to Emmaus during the Easter season continue to play an important role, it is now primarily relatives and wine lovers who show up outdoors—in the “greenery”—for a relaxed and convivial walk to celebrate nature’s reawakening, to taste the new wines (Heurige), and for pleasant exchange with each other.

Being personally invited “to the greenery” has traditionally been a special honour. And these days, the outing in the greenery is practised by the local populace as a regional festivity. In some places, this tradition is organised by the winemakers and cellar proprietors themselves, while in other places it is upheld by associations or municipalities. Local winemakers introduce their “wines from this year” [meaning the past growing season; such wines are termed Heurige, or “this year’s”], offering those who chance to stroll by an opportunity to become acquainted with the Weinviertel region’s wine and people. And in front of the wine press houses, games such as Eierpecken, Tempel hupfen, Au(n)meia(r)ln, and s’Oaeinhau(n) are played.

Over the past few decades, the Verein KellergassenführerInnen im Weinviertel (a regional association of cellar lane tour guides) has made special efforts to uphold this tradition. Since 1999, they have trained over 500 certified guides who now work to raise awareness on a broad scale. The cellar lanes of the region are possessed of special significance in this tradition, since they represent a centuries-old and now historically protected element of cultural heritage. In this way, the upholding of traditions goes hand in hand with competent work to preserve regionally specific material culture. 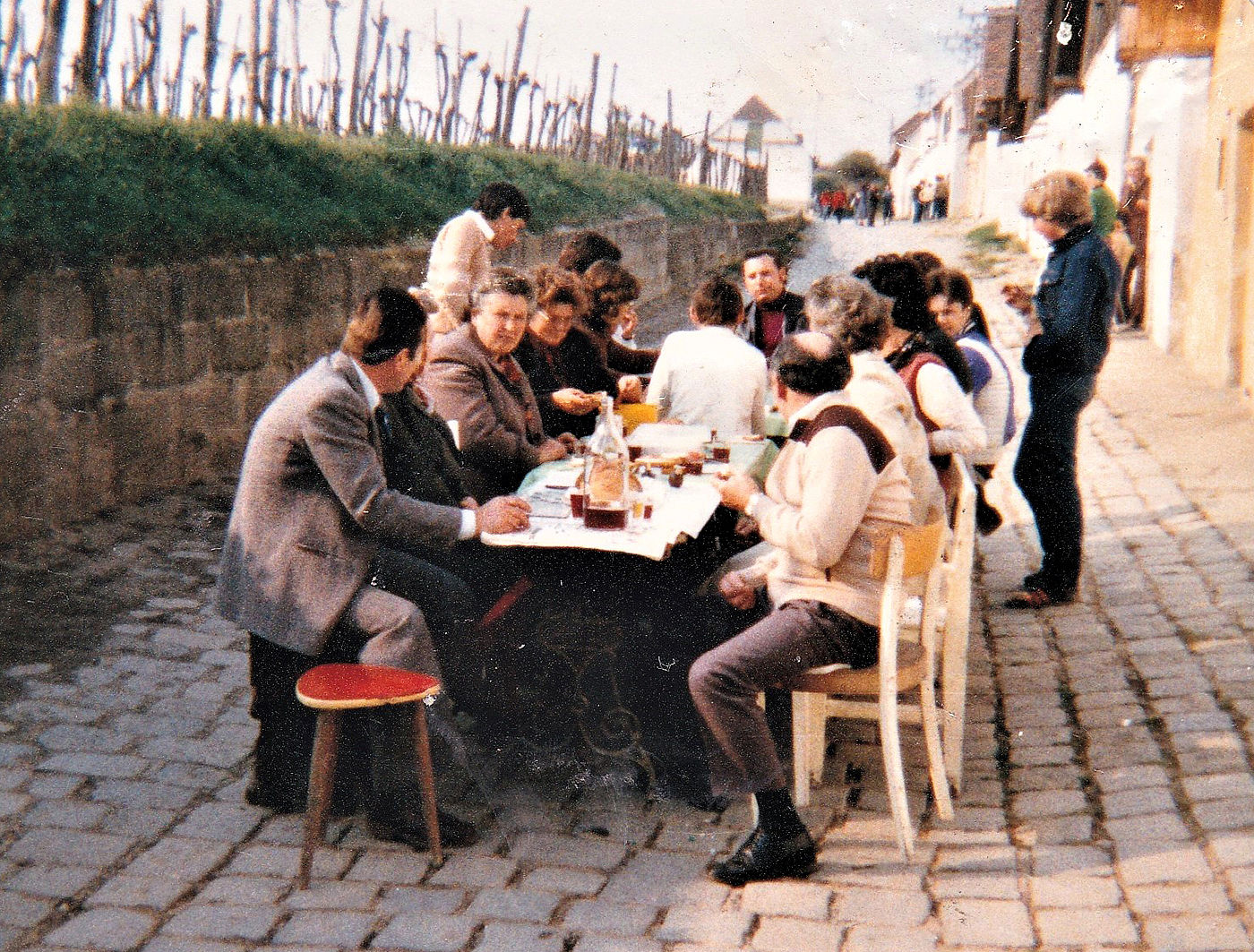