Flag-throwing in Neckenmarkt is a centuries-old practice carried out above all on the Tag der Fahne [“Flag Day”] and on Umgangssonntag (the Sunday after Corpus Christi), but also to mark other celebrations, in the community of Neckenmarkt. Knowledge concerning its conduct (spoken formulas, flag-throwing technique, role distribution, etc.) is passed on from one generation to the next within the Burschenschaft [local fraternity] responsible for the practice as well as within the general community.

This flag-throwing tradition, which has a community-building function in Neckenmarkt, recalls the deployment of the town’s peasant militias in the 30 Years War. A more modern understanding attaches a more pacifist connotation to the commemoration of this historical event, viewing it as a warning cry against war.

The flag is entrusted to the community’s single men, who come together in its Burschenschaft. They prepare for the flag-throwing ritual according to precisely defined rules: the throwing of the flags requires the proper technique and skill and is practiced by the Burschenschaft members during the weeks leading up to the relevant celebration. The roles to be played (Fähnrich, Wachtmeister, Kellner, Kommandant, Fähnrichmädchen, Fahnenpatin [cadet, officer, steward, commander, cadet girl, and flag patroness, respectively]) are chosen and agreed upon. Each role is characterised by special duties as well as a historical costume. The commander, for example, carries a historical sable and wears the special adornment of the Kartusche [cartouche], a small silver cavalry officer’s bag with a gilt “E” as a reference to the House of Esterhazy. The preservation and restoration of these costumes can occasionally be problematic, since some parts of them—such as the brass buttons—are hardly produced at all anymore.

On the day before Umgangssonntag, a Burschenbaum [fraternity brothers’ tree] is taken from the woods and put up with help from the general public in Neckenmarkt. Participation by the entire community, including figures such as the priest, the brass band, and the inn where the fraternity regularly congregates, is an important aspect of these celebrations and contributes to the community of Neckenmarkt’s shared life experiences. 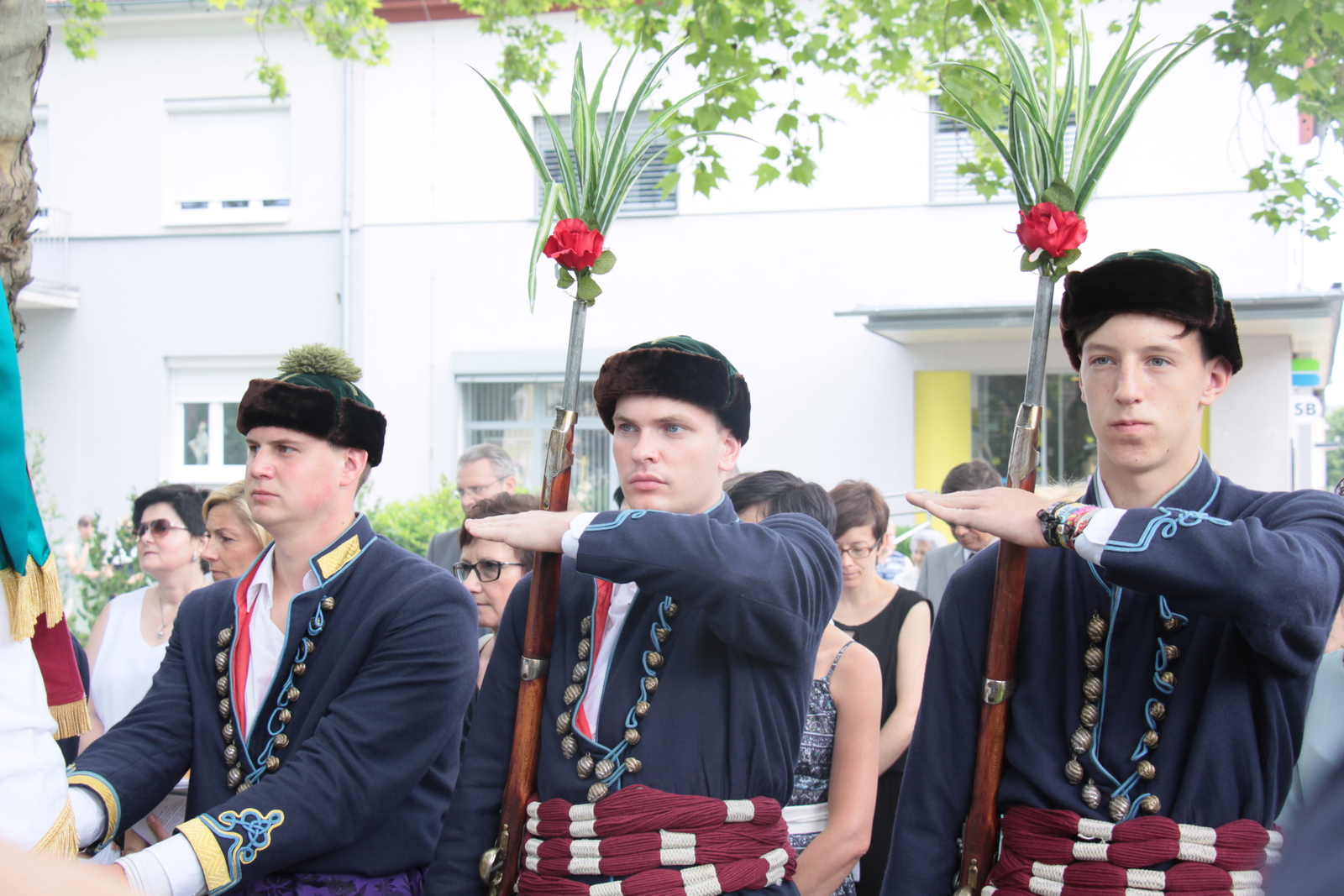