Since the very beginning of human beings’ inhabitation of the Alps, it has been necessary to acquire knowledge about avalanches in order to survive there. For the most part, such knowledge has been passed on orally—within families, in schools, and within affected occupational communities (hunters, farmers, etc.). To this day, avalanches cannot be fully predicted or assessed by scientific means. Therefore, experiential knowledge of how to deal with this natural hazard is all the more important.

The natural environment of the Alps has always forced its inhabitants to pay a great deal of attention to the highly complex phenomenon of the avalanche. In earlier times, such knowledge was acquired through close observation of nature and the painful learning process that avalanche disasters entailed. For many hundreds of years, this experiential knowledge was conveyed and handed down orally from generation to generation, manifesting itself in ways including popular folk sayings and the names of specific fields and farms. Written documentation, above all concerning those avalanches that affected human property or human life, goes back as far as the 17th century—and such materials are still used in the Austrian province of Vorarlberg to make children aware of the dangers that avalanches pose.

The institutionalisation of knowledge concerning avalanche risks began at the outset of the 20th century, with avalanche training courses for alpine guides offered as early as 1902—although years of informal exchange between experienced and beginning alpine guides continue to represent a central element of such training. Since the 1950s, such experiential knowledge has been supplemented by scientific research. This has made it possible to successively improve the protection of inhabited areas and transport routes over the course of time. And in recent decades, increasing tourism in the Alps as well as the increasing importance of alpine sports has produced an entirely new group of people who have now come to represent the lion’s share of avalanche victims—and whose protection represents a new challenge. 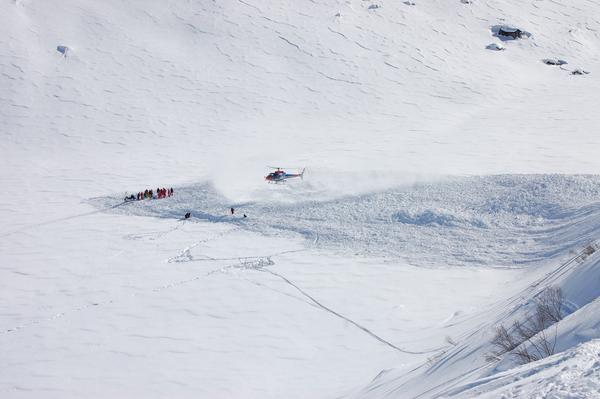