Charcoal burning is a traditional handicraft that originated in agricultural societies and is primarily concerned with the production of charcoal. Using dry distillation, wood is heated under the exclusion of oxygen and charred over a period of weeks, turning it into mostly pure carbon.

Charcoal burning was important for much of human history because charcoal produced in this manner yields much higher temperatures than are possible with wood. Not until the mining of mineral coal and the sinking of transport costs through the development of the railroad did charcoal decrease in importance. Today, fewer and fewer businesses find it economically sensible to produce charcoal, as it is a very labour-intensive technique that cannot be mechanised. The number of charcoal-burning operations is thus in steep decline, with only about 15 people in Austria presently practising this craft.
Traditionally, the coal-burning trade developed primarily in those regions where the steel and coal industry created a large demand for charcoal. While Austrian charcoal-burning operations are scattered throughout the entire country, the Lower Austrian town of Rohr im Gebirge, with its six charcoal-burning facilities, represents a regional centre of the Austrian charcoal industry.
Charcoal burning is generally done in rural areas, and as an ancillary business. The knowledge surrounding this craft is acquired practically and passed down through the generations. Although the technique of coal burning has remained unchanged since its beginnings, present-day operations also make use of modern technical aids. Today, the charcoal produced through charcoal burning is used in particular for barbecuing. 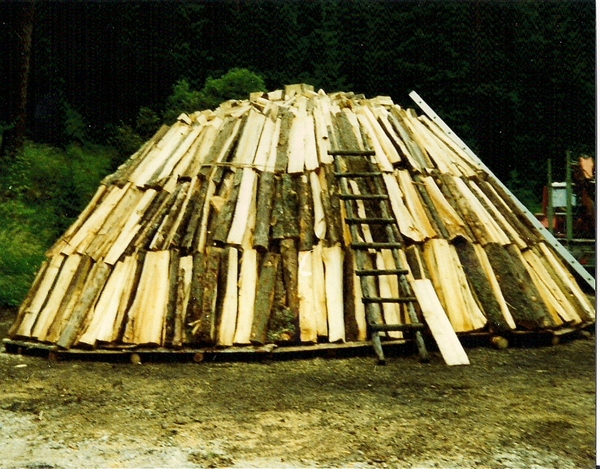