Carnival in the Ausseerland region
Social practices in Styria, inscribed 2016

For Aussee’s Fasching traditions, an important developmental impulse was the salt industry. The trade in salt allowed a middle class to develop, while there were also labourers who worked in salt mining and processing. And once a year, Fasching gave both groups the opportunity to tell the authorities what they thought. The tradition, radiating outward from Bad Aussee, spread to the surrounding communities of Altaussee, Grundlsee, Pichl-Kainisch, and Knoppen. With the exception of the Maschkera-Gesellschaft group, there are no formal associations behind the Fasching festivities in Aussee; instead, there are informal circles of people, some of whom have been participating in the “Holy Three Days of Fasching” for over 200 years.

The Flinserl, Trommelweiber, and Pless figures have been in existence since the 18th century. The Trommelweiber, a manifestation of the gender role swaps common in Fasching festivities, accompany the Fasching procession on Sunday. Flinserl and Pless appear on Fasching Tuesday. The Pless, with their beehives, represent the winter and are driven away by boys who throw snowballs at them. The Flinserl, with their magnificent costumes harking back to the commedia dell’arte genre, join with the accompanying figures of the Zacherl to represent a Fasching formation that is specific to the Ausseerland region. Over the past few decades, other groups have formed such as the Arbeiterflinserl [Workers’ Flinserl], the Altausseer Knopferl [Altaussee Buttons], and the Knoppener. And finally, there are also masked figures (members of the aforementioned Maschkera-Gesellschaft) who proceed from tavern to tavern in small and large groups. 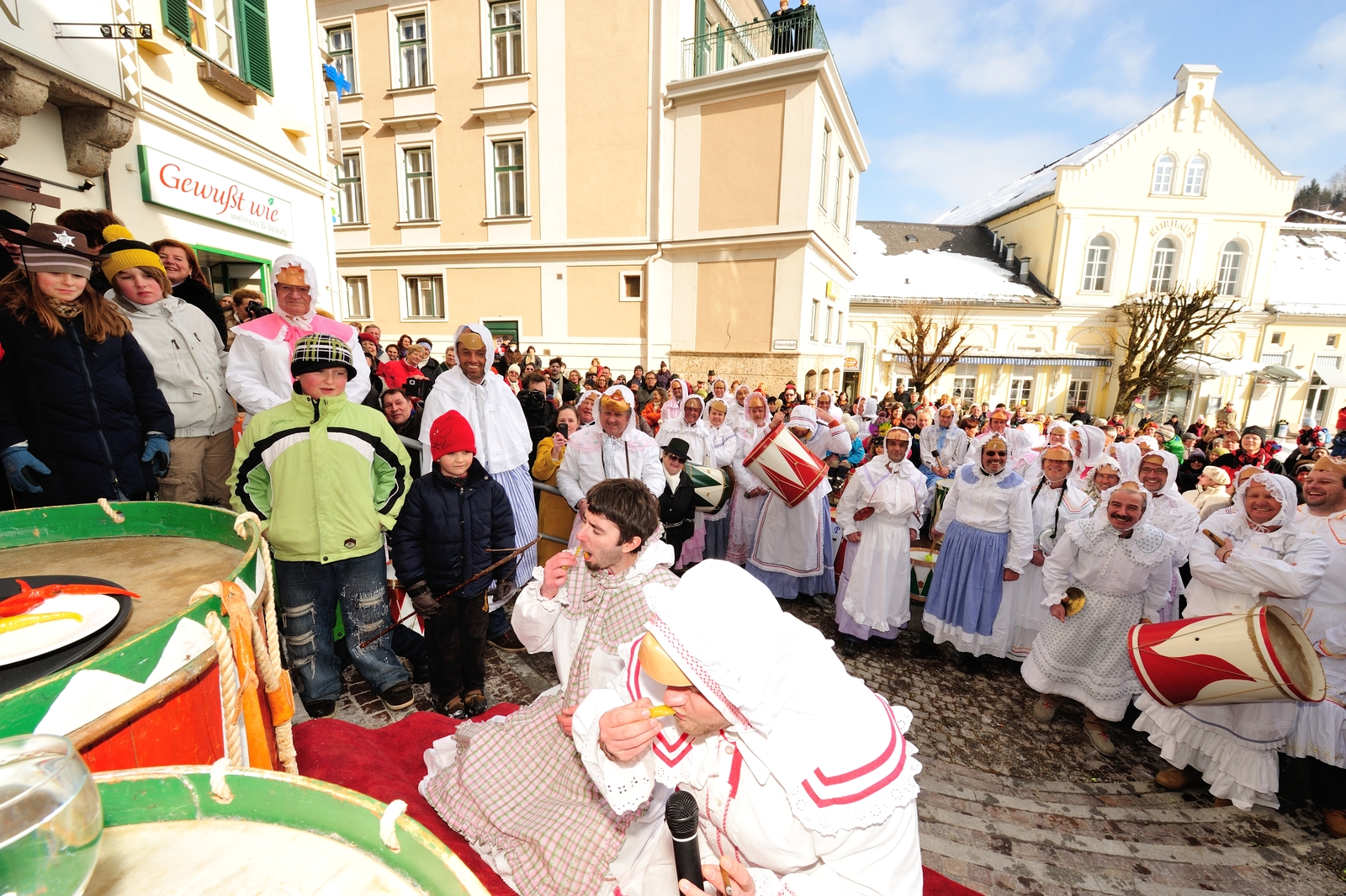