Zacchaeus singing ("Zachäussingen") in Zirl is an annual fair tradition that takes place on the third Sunday in October starting at 4:30 a.m. Apart from the time of day, a special feature is above all the connection of religious and secular practice. Every year, around 200 people gather on the square in front of the church and sing the "Zachäuslied" [“Song of Zacchaeus”] along with the church choir and a group of wind players; this song was written during the 18th century by a sacristan from Zirl and is about repentance and penitence.

Starting at the church, the group proceeds to the next square in the village. There, the Zachäuslied is heard once more before the secular part of the fair begins. Musicians play, and people dance in the streets. Scouting groups and members of church youth groups offer doughnut-like pastries, which they make together the evening before. Zacchaeus singing contributes to a sense of community, with many individuals and associations involved in preparing for it. The tradition in and of itself thus functions as a unifying element in this steadily growing town, bringing together new arrivals with the people who grew up there.

The oldest evidence for the practice of Zacchaeus singing comes from the early 18th century. The song itself, which was written in 1723 by the sacristan Georg Kranebitter, refers to the New Testament figure of Zacchaeus. He stands for the willingness to give up one’s “comfortable” worldly life in favour of Christian brotherly love and the Ten Commandments. Tradition in Zirl would have it that the song was written in order to animate the community’s then-inhabitants to live their lives accordingly. The local church choir has been in charge of the Zacchaeus singing tradition since the mid-19th century. Over time, however, more and more associations and groups have become involved in this practice. The structure according to which Zacchaeus singing proceeds has remained essentially the same, albeit progressively augmented by suitable elements: primary school students, for example, perform a dance with their teachers, and a Zacchaeus fire is lit. 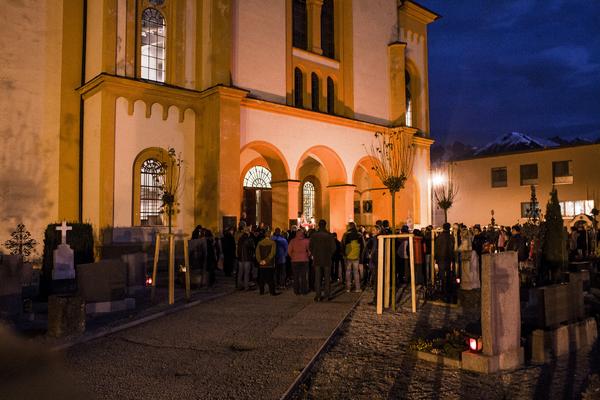