The type of kermesse fair that take place annually between May to October in numerous communities of the Lower Gail Valley is known as the Untergailtaler Kirchtag / Ziljski žegen. These fairs consist of three main elements: the traditions of going to church, the horseback game Kufenstechen / štehvanje, štehvanje and the Lindentanz / prvi rej [Linden Dance]; the body of relevant autochthonic songs; and the valley’s traditional costumes (Untergailtaler Tracht / Ziljska noša) that are worn by young women and men who participate actively. The dates of this fair in the respective communities are linked to the feast days of their patron saints or the dates of their churches’ original foundation.

Written record of the Untergailtaler Kirchtag / Ziljski žegen goes back to the 18th century, and the event itself has changed little since then. This type of fair begins with a festive mass at which young, unmarried women and men arrive separately, the latter accompanied by music. These women and men wear the traditional costumes of the Lower Gail Valley, record of which likewise dates back to the 18th century. Following mass, the fair’s traditional songs are sung with stops at the various inns in the vicinity. The midday meal, in which the so-called sour soup (saure Suppe / čisava župa) features prominently, is followed by the game Kufenstechen/štehvanje. In this game, the spectators separate to form a pathway up which young men ride bareback on Norikers accompanied by music. The young men ride towards a small barrel (German: Kufe) placed on a pole, which they attempt to shatter with iron bludgeons. The young man who ultimately shatters the barrel is awarded a floral wreath. The Kufenstechen/štehvanje event is followed by the Lindentanz / prvi rej [Linden Dance], a dancing custom in which slow and brisk dances are performed to various melodies.

The valley’s elaborate traditional costumes are still made by hand today and require special skills possessed by the region’s tailors and shoemakers, especially for the production of the belt (Gürtel/pas) with quill embroidery worn by the women. Knowledge about the production of the costumes’ traditional elements, including the associated terminology, is passed on from one generation to the next within the individual communities.

The fair continues with music, dance, and entertainment on the village square or at an inn. And on the following day, the entire village attends mass plus a requiem and a blessing of graves, after which the late afternoon features a Kufenstechen / štehvanje event for former bachelors. In each of the relevant communities, it is a local fraternity (Burschenschaft/konta) that organises the practice of the fair customs (Kirchtagsbrauchtum/žegen). In this context, the term “fraternity” denotes not the politically oriented organisations found elsewhere in the German-speaking world, but much rather non-profit organisations devoted to preserving various local traditions. As a rule, the membership of such a konta encompasses a community’s unmarried men as well as its unmarried women. 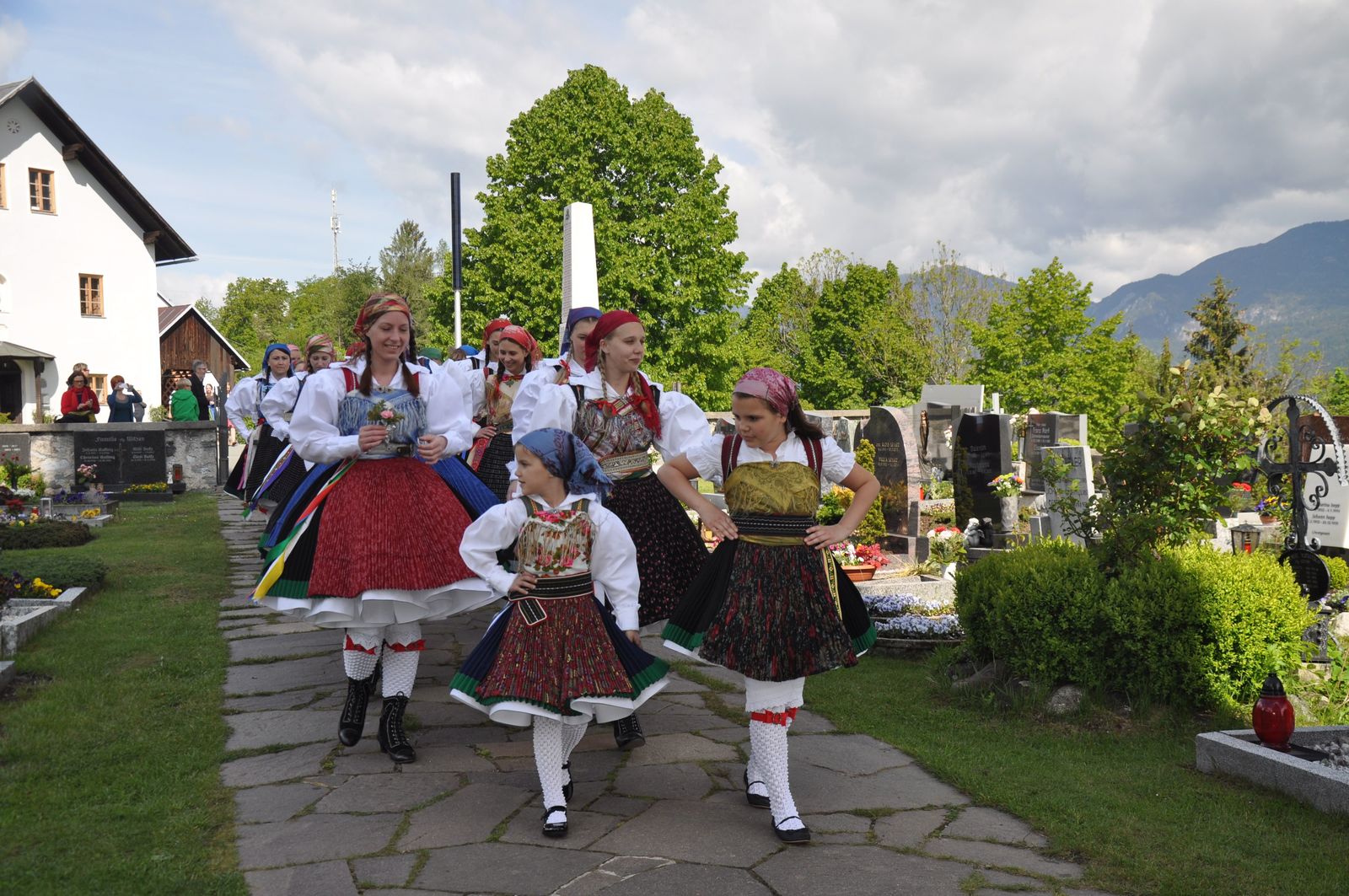