The Pinzgau Tresterer dance of the Salzburg Alpinia
Performing arts in Salzburg, inscribed 2013

The Pinzgau Tresterer Dance ("Tresterertanz") is a special, regional form of the so-called "Schönperchtenlaufen". This circular dance with hopping and stamping steps, executed in traditional costume, is performed every year on 5 January at dusk by groups ("Tresterer") progressing from farm to farm in the area around the city of Salzburg. The visit by the dancers and musicians is unannounced. The lead dancer informs the occupants of the house about the custom by performing a figure eight with the typical dance step.

The Tresterer Dance consists of two sections: one without and one with music. The people of the region see the Tresterer as a good omen for the new year and show their appreciation with a small donation.

The exact origins of the Pinzgau Tresterer Dance are not known. The word trestern (to stamp or mash) goes back to the practice of mashing grapes and suggests the southern edge of the Alps, where a major long-distance trade route led over the Krimmler Tauern to the Ahrntal in South Tyrol and on to Venice and Genoa. Centres of cultural exchange emerged along this route until into the 18th century. In 1909/10 the Tresterer Dance was discovered in Krimml by the “Touristen-Geselligkeits-Club Alpinia”, which performed it for the first time in 1912.

Circle dances with running and stamping steps represent a further development of dances of the Middle Ages and Renaissance and contain elements of their figural and costume repertoire. The accompanying costumes, which consist of a headdress and brocade suits, can be traced back to Venetian masked processions. 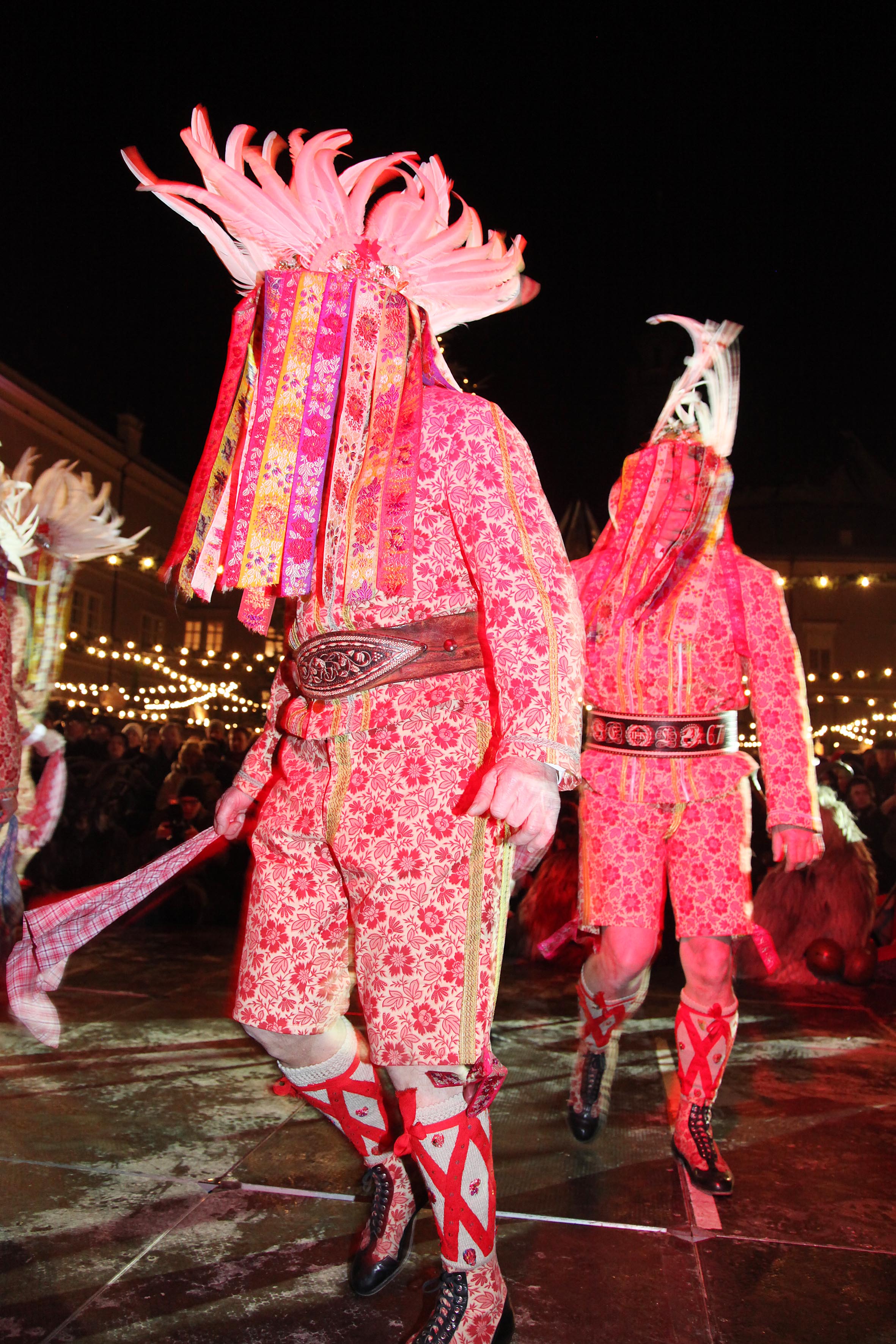