Every Shrove Tuesday for the past 200 years, the “Sierninger Rudenkirtag” has been held in the Upper Austrian town of Sierning, a fair at which the Traunviertel "Ruden" (groups of four to eight dancing couples) perform their dance called the "Landler". In addition to music and dance, a special focus is placed on the four- to eight-line rhymes that are newly composed each year. These mocking or critical verses include references to local, national, and global political and social events and are intended to serve as a “moral corrective”.

In the Traunviertel region, a special form of the Landler has been passed down by the so-called Ruden—from the Old High German roti, meaning Rudel, a pack of animals. In addition to carrying on the traditional customs throughout the year, these confederations of usually rural young men cultivated above all singing in harmony, an important prerequisite for mastering the “Traunviertler Landler”, the centrepiece of the Rudentanz.

The Ruden have been meeting in Sierning on Shrove Tuesday for at least 200 years, first attending church and then celebrating the tradition of the Rudentanz in the Forsthof Hotel and the parish hall: every year since 1946, the Ruden Committee has invited ten to twelve groups (consisting of about ten persons each) from Upper Austria’s Traunviertel region and the Mostviertel region in Lower Austria to dance the Traunviertel Landler in the traditional manner in all its local variants, and to sing mocking or critical eight-line verses commenting on political and everyday events. Singing these verses in harmony is done only by the men, who compose new texts for each appearance at the fair and collect the necessary material throughout the entire year. In addition to these verses, the groups also rehearse other music such as folk songs and liturgical works, as many Ruden perform at weddings, local folklore events, and church festivities as well. 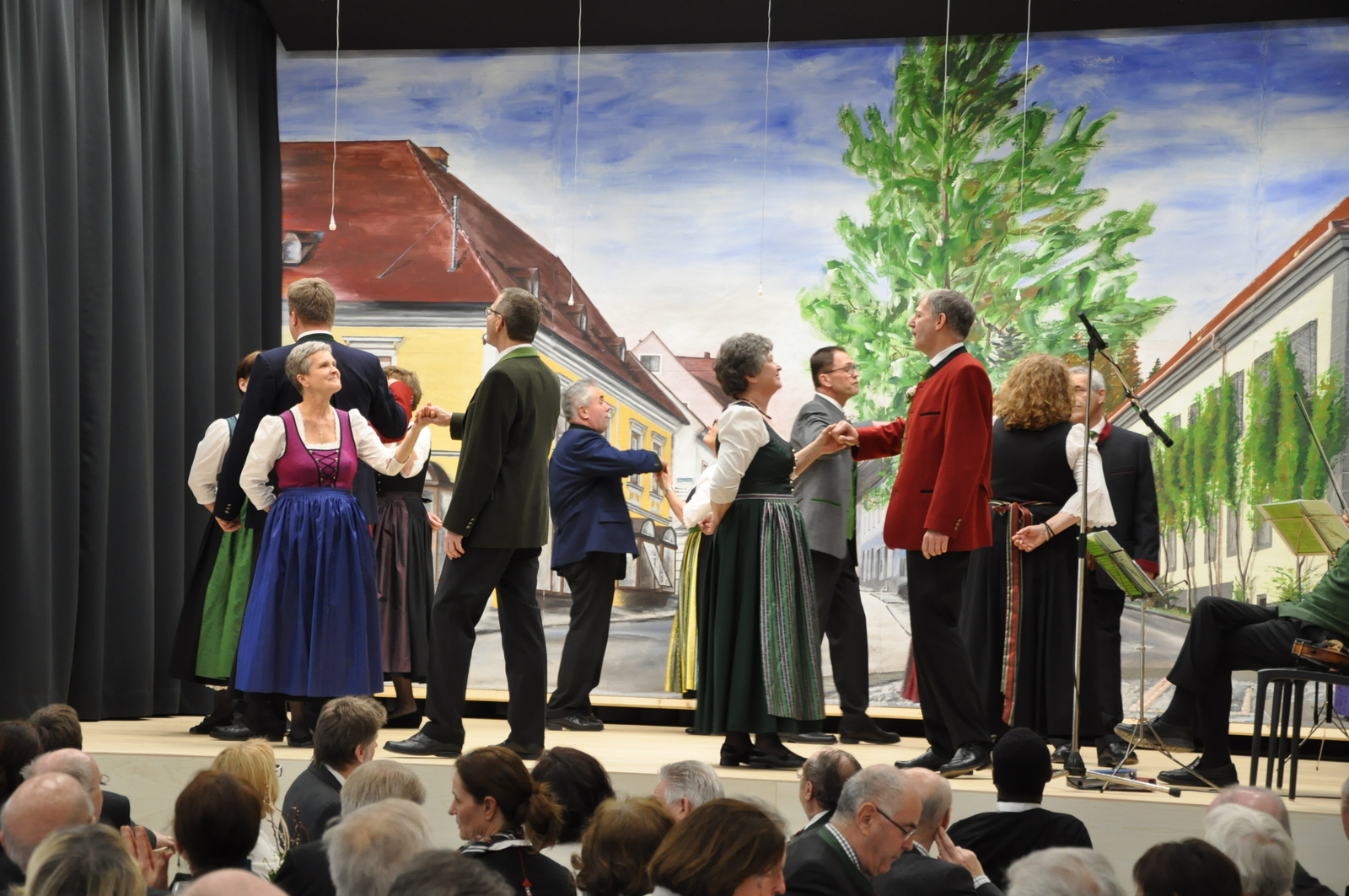