The dialect spoken in the valley known as the Ötztal is the strongest and most defining element of its inhabitants’ local identity. This dialect can look back upon a nearly 900-year tradition. Its use within families, at work, in school, and on official occasions (such as municipal council meetings, etc.) ensures that the Ötztal dialect is passed on from one generation to the next.

Ötztalerisch, which is the German name for the dialect of Tyrol’s Ötztal, has hardly changed since the 12th century, retaining its typical phonetic characteristics into the present day. The area within which it is spoken lies entirely within the Ötztal (which itself lies entirely within Tyrol) and includes the communities of Umhausen, Längenfeld, Sölden, and Ötz, as well as—to some extent—Sautens and Haiming. It is also the case that the lion’s share of those who live in the Upper Inn Valley as well as the neighbouring Passeier and Schnals Valleys can at least understand the Ötztal dialect. Alongside its spoken use, there also exists an approximately 200-year-old tradition of writing in Ötztalerisch, above all in the form of poetry.

Thanks to its everyday use by between 8,000 and 15,000 active speakers, the dialect still remains anchored in people’s everyday lives. Not only adults, but especially children and school-aged youth exhibit a strong preference for its use in verbal communication.

And even as the dialect’s terms for obsolete types of agricultural equipment fade away, new words are constantly being added to its vocabulary. 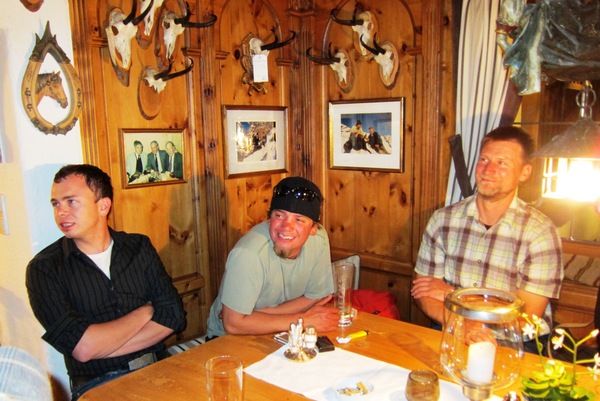