The "Traditionsschützen Wirling" are presumably the only association in Austria permitted to practise the traditional cannon salute. These shooters perform the ceremonial salute for religious as well as secular festivities. The small cannons, especially constructed for this purpose, are positioned on a hill and fired at precisely determined times, depending on the occasion. It is crucial that the shooters always wait for the echo of the cannon boom, which can take up to twelve seconds, before firing the next shot.

The sign of a good salute shooter is a seamless transition between the echo of one round and the next cannon shot. Adhering to the shooting times is also of great importance for this custom: a wedding, for example, is announced at precisely 4 a.m. with four cannon shots, and up until the church ceremony, a salute is fired each hour, with the shots fired corresponding to the hour.

Due to the frequent misuse of the cannon salute beginning in the second half of the 20th century, there was an increase in incidents involving serious personal injury and material damage. In 1974, this resulted in a nearly comprehensive ban on the use of cannons. In most communities, cannon salutes were replaced by salutes using salute guns, or hand cannons, as practised by the salute-gun associations in Salzburg’s Flachgau and Tennengau regions, because these devices were exempt from the ban. The consequence of this was that the custom of cannon salutes nearly died out, a tradition that today has been preserved only in Wirling. In 1989, dedicated cannon-salute enthusiasts in Wirling developed a small salute cannon that satisfied the new pyrotechnical requirements and eventually received a permit to use it. Consequently, the Traditionsschützen Wirling is today presumably the only association in Austria officially permitted to shoot cannons and thus legally continue to cultivate this tradition. The preservation and conveyance of this tradition of cannon salutes, which is passed on exclusively in an oral form, is ensured by the involvement of the local youth in the association. 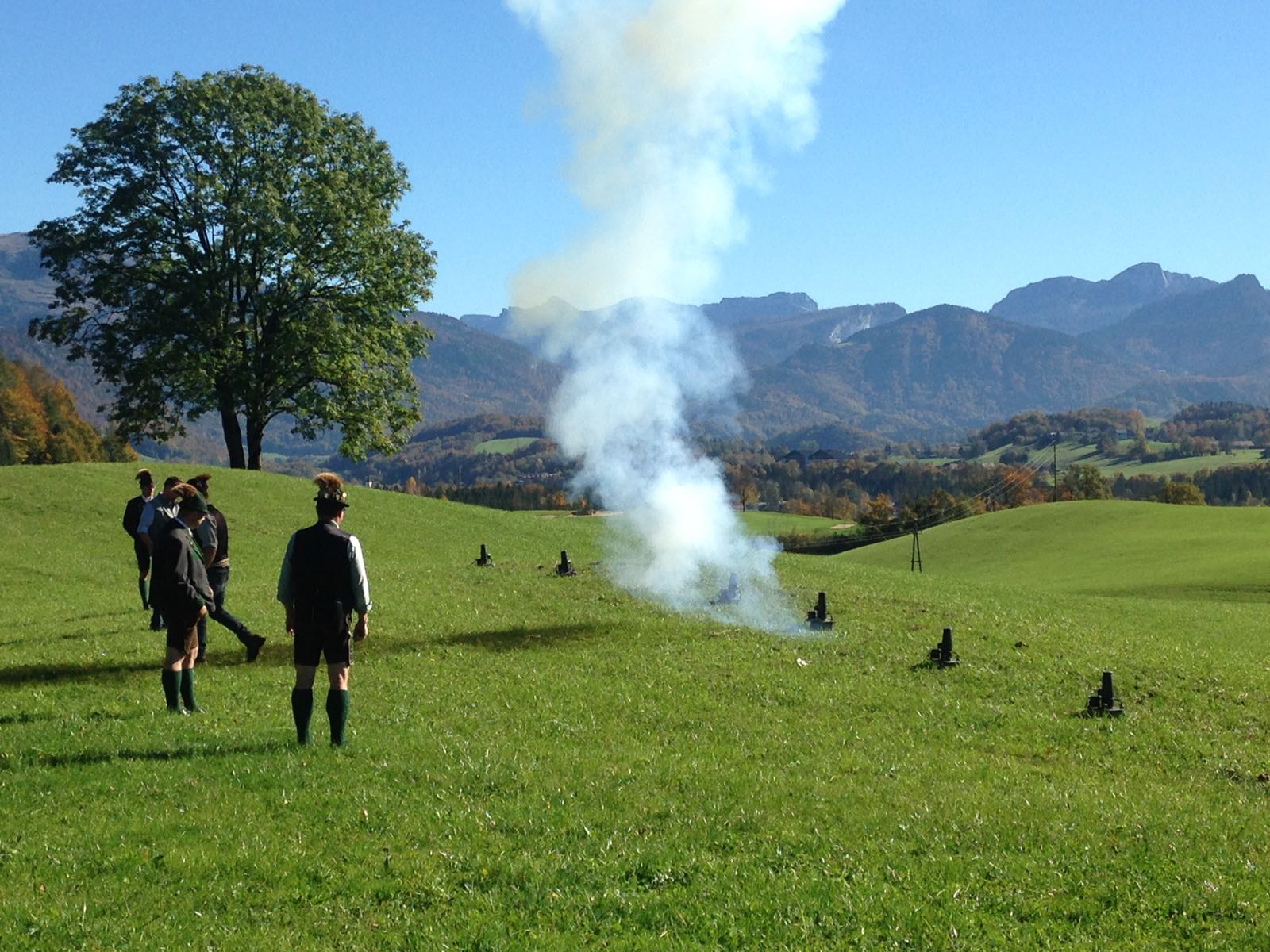