For the past 400 years, Tyrol’s traditional Passion Play Erl has been held every six years, an event that has its roots in Christian Easter dramas. Despite the fact that the Passion Play now enjoys international renown and attracts throngs of visitors, it is particularly the residents of the town of Erl who are responsible for the preservation of this traditional Christian dramatic event. It is not professional actresses and actors who regularly take the stage here but rather the townspeople.

The text of the Passion Play Erl was written in 1565 by the Bavarian meistersinger Sebastian Wild, and only a few decades later, pilgrims from Bavaria were reporting about an Easter play in Erl. Originally only a simple Easter play, the Passion Play began being performed regularly. Out of consideration for the religious background and the participants’ desire for continuity, modifications to the text, music, and costumes are made only very judiciously in the course of the further development and updating of the performance.

The fact that of the some 1,450 inhabitants of Erl, several hundred of them—representing all occupations and age groups—voluntarily take part in the production, and that a Festspielhaus was built especially for the event, are an indication of the high status of the Passion Play. The 600 amateur actresses and actors are not selected or recruited; rather, they respond to a public survey asking if they would like to participate in the project, and it is not possible to claim a certain role. Because even small children and primary school pupils, meaning the youngest generation of the community, are included in the Passion Play Erl in small roles, the sustained anchoring of the tradition in the population is ensured.

Following a five-year hiatus, the Passion Play Erl will be held again in 2019. From May to October, 600 amateur actresses and actors will put on 34 performances, which are expected to attract over 40,000 spectators. 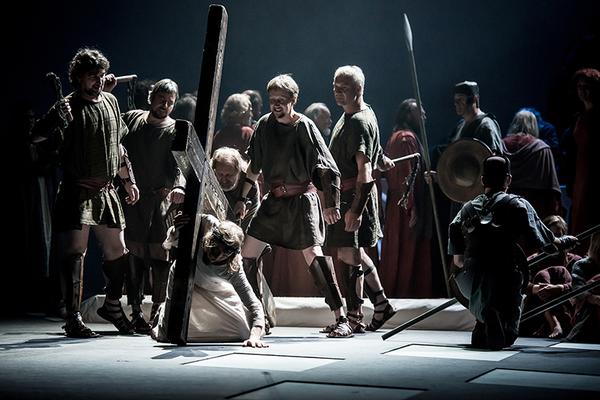