The cattle offering (Viehumtragen) is a votive custom that has been practiced on 23 April (St. George’s Day) at the parish of St. Georgen in the Pinzgau region since time immemorial, being handed down from generation to generation. In this practice, carried out immediately prior to the beginning of the summer alpine pasture season, the agrarian populace (referred to as the Viehleut, lit. “livestock people”) asks St. George for good fortune (Reim) for their cattle by placing selected animal figures carved from wood before the altar.

The cattle offering custom, which can be traced back as far as ca. 1400, has changed greatly since that time. While it was originally about the donation of living animals to the clergy, it now involves donations of money and wooden animal figures. The specific set of animal figures used today was carved by primary school students in St. Georgen during the 1967/68 school year and has since been worked over repeatedly by schoolchildren from that school and other schools in the area.

In the community in St. Georgen, this custom gives rise to a feeling of continuity and identity—the latter due above all to the fact that its practice continued during the National Socialist period, during which it was a matter of official policy to repress celebrations of Catholic identity, especially Corpus Christi. Above all for the agrarian segment of the populace, who are the immediate practitioners of this custom, as well as for the non-agrarian community and parish members, the cattle offering represents an important celebratory tradition. Associations such as the local traditional-dress brass band help to frame the practice of this custom, and a wide range of activities prepares primary school children to take part. Since the celebration always takes place on 23 April regardless of the day of the week, it is frequently difficult for individuals who work regular jobs to participate. So in order to generate greater esteem for this tradition, targeted talks are given before local associations, employers, and school authorities. It has also been suggested that live animals once again be brought to the church and symbolically blessed as representatives of all farm animals. 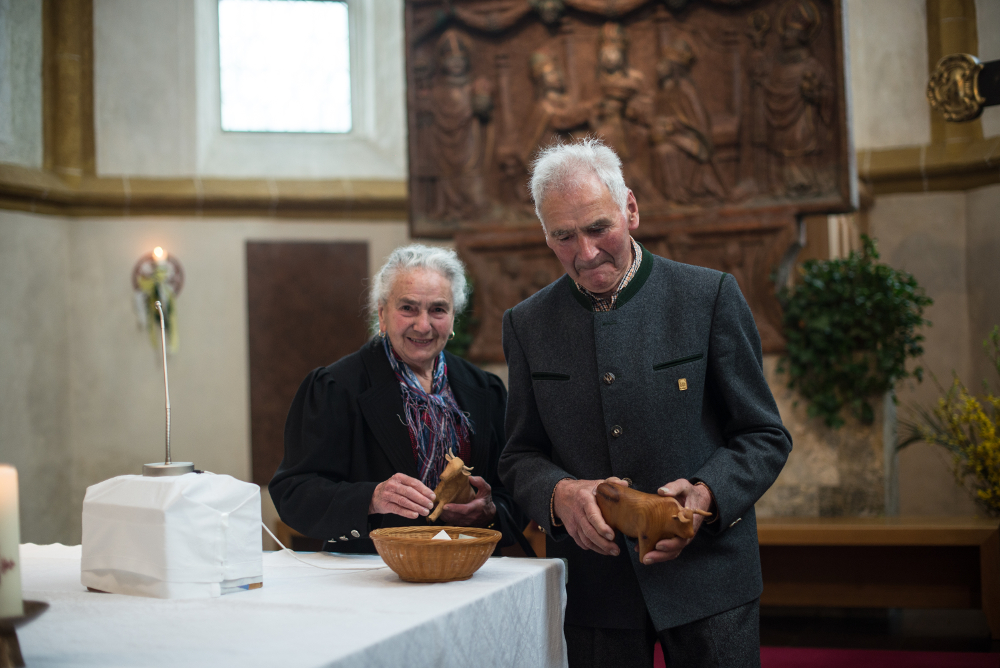