ROWING DOWNSTREAM AND RETURNING UPSTREAM BY HORSE-DRAWN BOAT ON THE TRAUN
Knowledge concerning nature and the universe in Upper Austria, inscribed 2022

For centuries, the shipping of salt on the Traun shaped the rhythm and practices of the towns along the river. This involved rowing and manoeuvring the mighty salt barges, which weighed several tonnes, on the fast-flowing waters downstream (in the direction of flow) to the Danube and managing the barges’ upstream trips (returning against the current) with the help of heavy Noriker horses. Despite the disappearance of the salt industry, the practice of travelling up and down the river by boat around Stadl-Paura continues to be passed on today and is of importance to the local population.

Prior to the beginning of industrialisation, flowing waters were important transport routes for the movement of goods. The Traun and the town of Stadl-Paura were the centre of salt shipping for many centuries. Large parts of the local population were employed in the salt industry. This also included the transport of goods by boat upstream and the return of the ships against the current. Both required the mastery of various working techniques, from the operation of the hand and pull oars, to the handling of the heavy 12-metre-long oarlocks and knowledge of the water conditions, to the correct handling of the Traun horses in the opposite direction (the return of the boats upstream).

Despite the end of salt transport on the Traun after 1911, the technique of rowing the barges on flowing water was preserved thanks to the efforts of the Stadl-Paura Ship Club and has been passed down through generations. Three types of boats are still used today: Plätten, Dreierl, and Trauner, each of which is taken out on certain occasions throughout the year. For the upstream trip to run smoothly, the crew must master both the techniques and the old ship commands, so that the 24-metre-long Trauner, for example, can be manoeuvred on the flowing Traun. During the annual return trip, close coordination is also necessary between the rider and the horses, which are trained specifically for this assignment.

The 600 members of the Stadl-Paura Ship Club maintain the knowledge of travelling up and downstream and are committed to spreading and safeguarding the practice. Further important safeguarding measures in this context include the sailors’ museum, cooperations with schools, and the execution of LEADER projects for the construction and renovation of the boats and "Stadl”. However, even outside the association, shipping still has an important significance in the region and is part of the population’s identity. This can be seen, for example, in the annual Plätten regatta: it is held as part of the skippers’ festival, has over 30 participating teams from the region, and is organised in cooperation with the municipality, the fire brigade, the Red Cross, and the music association. 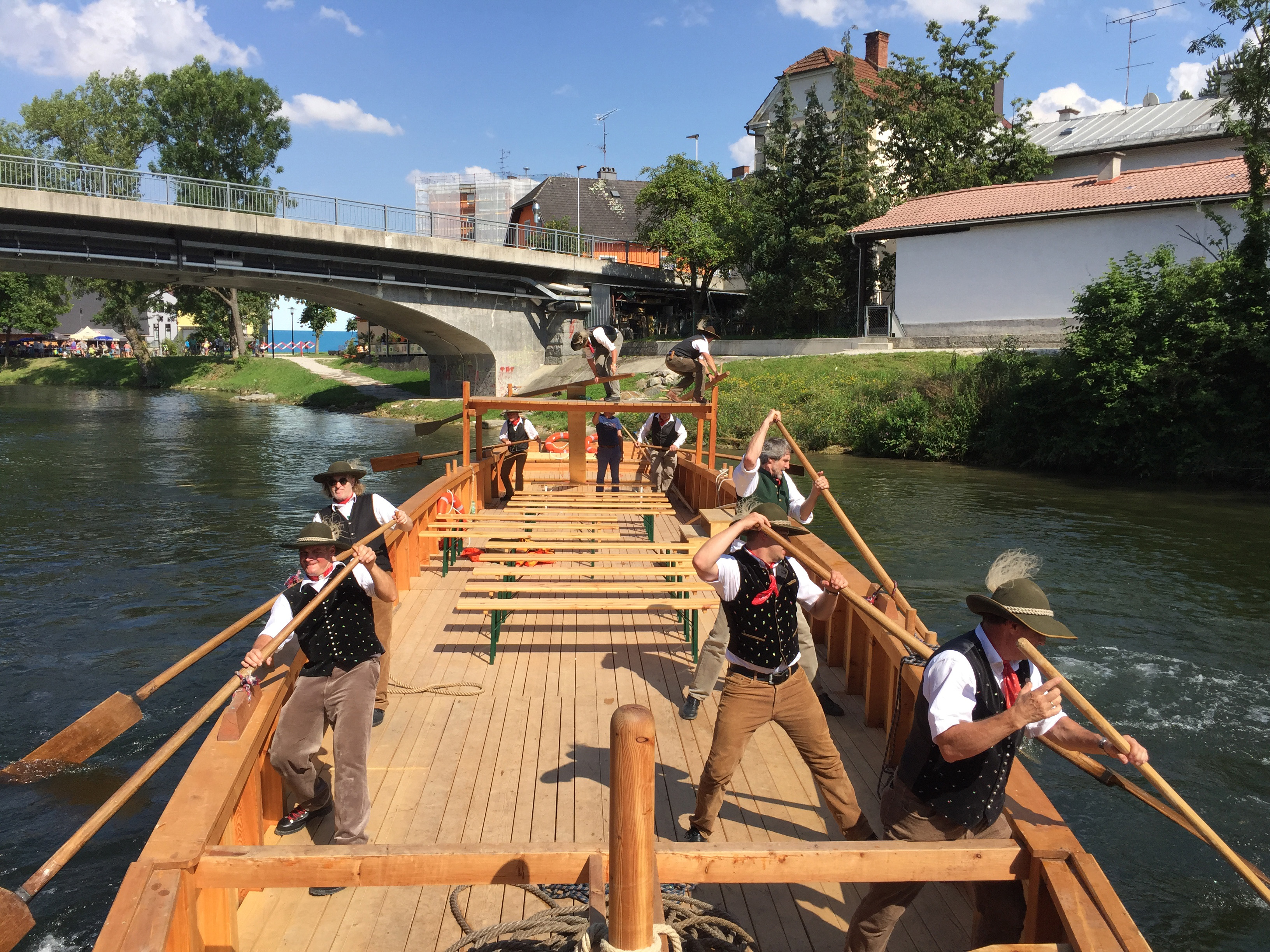