"Mullen" and "Matschgern" in the MARTHA villages
Social practices in Tyrol, inscribed 2011

The custom of “Mullen” or “Matschgern”, practised in the carnival season in the MARTHA villages (Mühlau, Arzl, Rum, Thaur, and Absam), north of Innsbruck, has a centuries-old tradition. The main figures include witches, “Melcher”, “Spiegeltuxer”, “Zaggler” and “Zottler”, in addition to various minor characters.

Each figure has a special role: the witches, for example, clear the path, while figures like the “Spiegeltuxer” impress with their imposing appearance, and others characters are responsible for keeping order. The exuberant and colourful goings-on culminate in the so-called “Mullen” or “Abmullen”, a kind of bestowing of honour in which the “Muller” selects a person from the crowd, rubs his or her shoulder and then gives the spectator a gentle slap on the back. The “Mullen” or “Matschgern” (the word derives from “mask” or “masking”) can take place in farmhouses or inns as well as in the streets of the villages. Folklore groups are involved in the proceedings, as are various music groups, shooting clubs and the volunteer fire brigade. The local population also takes part in the preparations for the processions and follows the colourful goings-on in the role of spectators. In the processions, the figures act out scenes referring not only to old traditional themes but also to current events relating to village life and politics. Despite continuous innovations, the crucial elements of the “Mullen” or “Matschgern” have been retained.

While for many decades there was a certain rivalry among the various communities cultivating this custom, “Mullen” or “Matschgern” is today practised collaboratively. “Mullen” or “Matschgern” is threatened primarily by commercialisation on the part of groups in villages of the central Inn Valley, where the custom is not anchored in tradition. These groups do not always adhere to the traditional guidelines and procedures with regard to “Mullen” 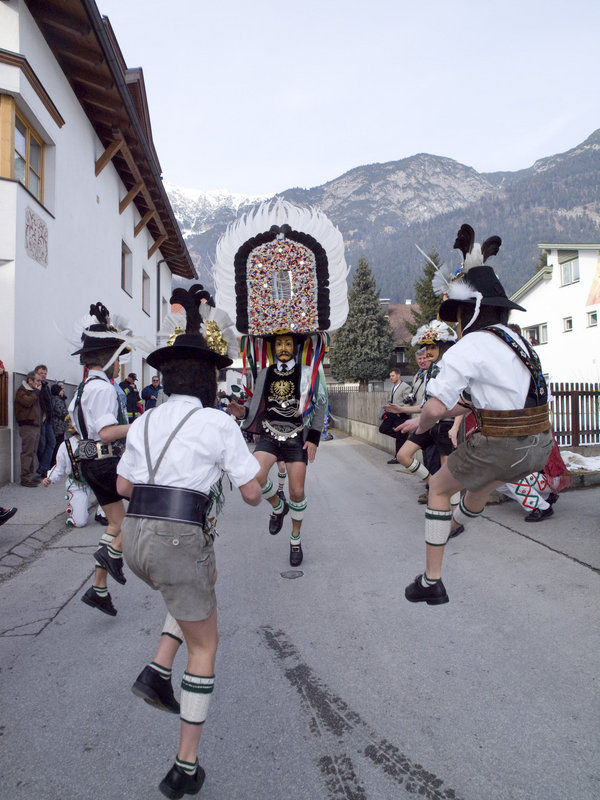