The version of the "Goldhaube" [Golden Cap] native to Linz is a gold-embroidered piece of headwear that represents the most materially valuable element of Upper Austria’s traditional festive costume for women, and it has been worn on sacred and secular occasions since the beginning of the 19th century. The production of a "Goldhaube" requires between 250 and 300 hours of work as well as manual skill and the necessary knowledge of old handcrafting techniques, which are upheld and passed on by "Goldhaube" groups in collaboration with producers of traditional costumes.

Gold-embroidered headwear has been worn on special occasions and passed down through families since the 13th century. The present-day Goldhaube developed out of the so-called Böndelhaube at the beginning of the 19th century. To make a Goldhaube, a ca. 16 x 116 cm ribbon of golden fabric is embroidered with numerous decorative, shiny ornaments. The pattern is up to the embroiderer herself, while the shape of the Goldhaube is determined by its wire frame. The characteristic pommel seen on the Goldhaube is a stylistic element seen today all over Upper Austria as well as in neighbouring Lower Austria, Salzburg, and Bavaria. Courses in embroidery and sewing are offered in order to transmit knowledge related to the making of traditional items.

Goldhauben are worn together with traditional festive garb (consisting of a full-length silk dress, traditional accessories, prayer book, shoulder scarf, glovettes, and a pearl pouch) on festive occasions, for example on Sundays on which traditional costumes are typically worn, at harvest festivals, and at special wedding anniversary celebrations.

Upper Austria is currently home to around 15,000 active Goldhaube wearers. They are organised as Goldhaube societies, which are divided into 433 local groups and 17 regional groups. Despite the many local groups, an insufficient number of young people are carrying on this tradition since membership in a Goldhaube group is time- and cost-intensive. 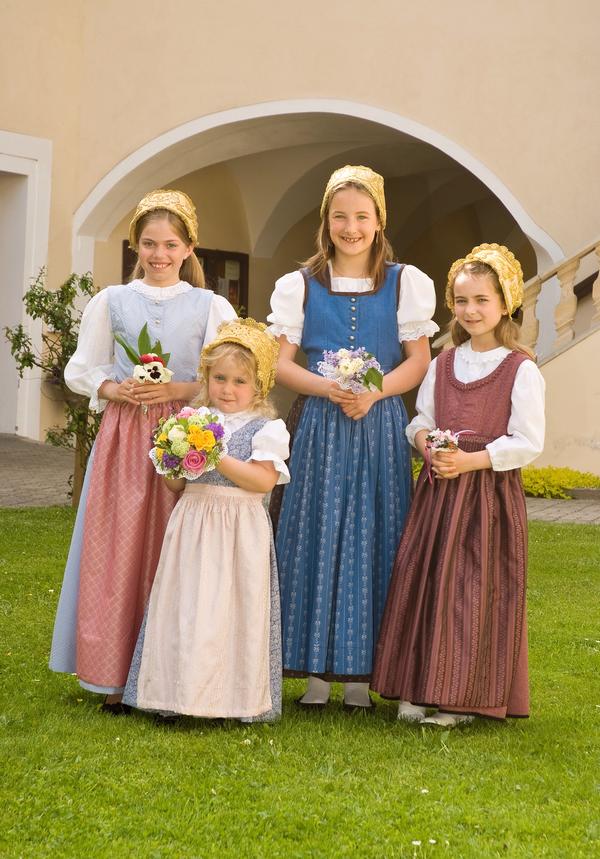