Every year on the Monday following Michaelmas (29 September), the Upper Austrian town of Bad Ischl observes “Lichtbratl” Monday. This occasion has its roots in a custom from earlier times by which masters gave their employees a "Bratl" (roast pork), because on this day, they had to begin working again by artificial light (German: "Licht"). Today, it serves as a gathering of all people born in Bad Ischl or having their primary residence there who are celebrating a “round” birthday (50, 60, 70, etc.) that year.

A committee made up of people celebrating their 50th birthday invites the jubilarians to observe the festive day by attending mass and going on an excursion together. Beginning at midday, shops and offices are closed, and many businesses treat their employees to roast pork. “Lichtbratl” Monday is an annual festive celebration that is an integral part of Bad Ischl’s yearly calendar of events. Over time, it has developed into a local holiday in which the entire town participates. This custom is a popular, large-scale event that attracts a large number of people. Participation in “Lichtbratl” Monday is limited to the citizens of Bad Ischl and those born there, and thus has an identity-building effect for the community.
The exact year in which this custom began can no longer be precisely determined. What is certain is that this tradition existed as early as 1900 in its present form. At that time, however, only the 50- and 60-year-olds were included in the festivities. In the years following the Second World War, the event was expanded to include those turning 70, 80, etc. as well. Over time, the gifts presented to the jubilarians increased in magnitude as well: while it was customary at the beginning to present them merely with flowers, gifts now also include gingerbread hearts and other small tokens of appreciation. 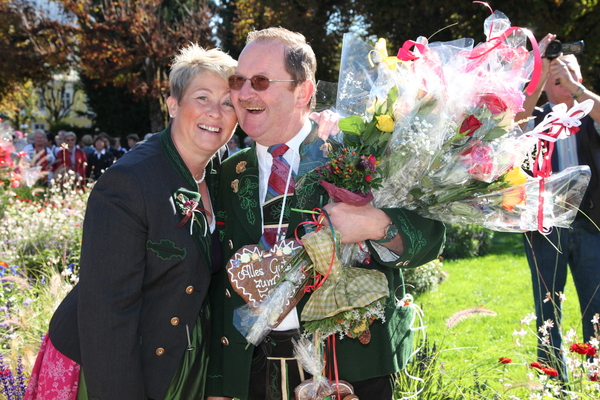