The Mistelbach Winemakers’ Guild (Mistelbacher Hauerzunft) was founded in 1698 as an interest group of independent winemakers. Its original purpose was to ensure the observation of rights and standards as well as to regulate both ethical and social matters within its community of members. The originals of this guild’s deed of foundation and other founding documents, seal, certificates, protocols, and membership books are kept in the "Hauerlade" [Winemakers’ Chest]. Since the establishment of the Winemakers’ Guild, this chest has been carried every two years to the residence of the newly elected guild master (the "Oberzechmeister") from that of the outgoing guild master.

Historically, the Hauerlade (which can be considered a guild chest) played a major role at meetings of the organisation and also served as a treasury. It is still kept by the Oberzechmeister, who serves a term of two years. Following election of the new Oberzechmeister (referred to during the leadership transition as the Neuzechmeister), the Hauerlade is carried to his residence in a festive procession in traditional costumes. This procession takes place on the Sunday immediately preceding or following the Feast of St. Bartholomew as part of the Bezirksstadtfest (a town festival whose name refers to Mistelbach’s status as the district seat) and lasts between two and three hours due to its inclusion of multiple stops. At City Hall, the winemakers greet both the mayor and the Winzerkönigin [the “Vintners’ Queen”]. Thereafter, they proceed to the home of their outgoing guild master (the Altzechmeister) to retrieve the guild chest. Their third stop is at the local school for agricultural vocations. The chest is then formally turned over to the Neuzechmeister at his home. Thereafter, the procession’s conclusion on the town’s main square marks the beginning of the town festival. At each of the procession’s stops, there are speeches as well as performances by folk dance and/or children’s theatre groups from Mistelbach. In addition to the members of the Winemakers’ Guild, all visitors to the town festival can also take part in the procession.

The Winemakers’ Guild is an important and highly regarded organisation in Mistelbach, since it also takes part as a group in the Corpus Christi procession and organises the local harvest festival. Admission to the Winemakers’ Guild is open to all those who are interested. In the procession itself, great importance is placed on participation by young people, who thus grow into the Ladumtragen tradition through their active involvement. And finally, being nominated as Oberzechmeister and charged with keeping the Hauerlade for the next two years is viewed as a great honour. 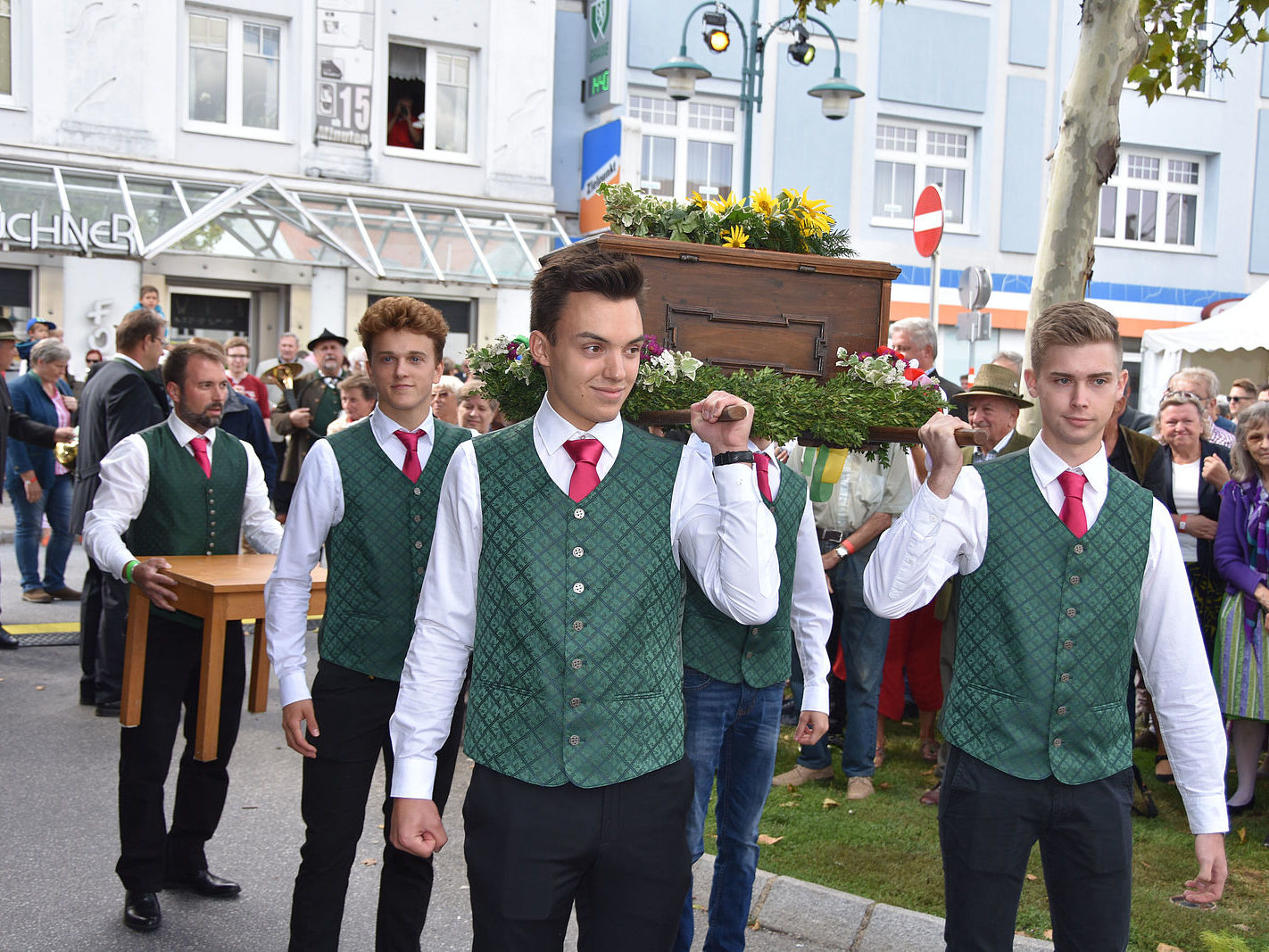