Improvisatory theatre on the Tschauner-Bühne
Performing arts in Vienna, inscribed 2018

The Tschauner-Bühne, known as Europe’s last remaining stage devoted to improvisatory theatre, is located in Vienna’s 16th district. Every day from June to September, this open-air venue hosts what are effectively world premières. While its improvised plays are based on rough models (some of them centuries old), it is the actors who develop their actual roles and dialogues on their own through their interactions with each other onstage as well as with the audience. This makes every single performance unique.

This type of improvisatory theatre developed out of Italian commedia dell’arte and old Viennese folk theatre. While there were still countless “comedy” venues and improvisatory theatres in Vienna’s outer districts at the turn of the last century, the Tschauner-Bühne—itself founded in 1909—is now the last remaining performance venue devoted to this genre. Of the approximately 100 performances given at the Tschauner-Bühne each year, around forty are improvisatory in nature—and this figure is gradually increasing. In improvisatory drama, the only preparation is a discussion with the director in which the characters and plot are established in a very approximate way. Performances necessarily involve a high degree of creativity as well as collaboration between the ensemble and the audience, for there are always several ways in which a dramatic situation can be shaped. Today’s oldest ensemble member has been playing on the Tschauner-Bühne for over 40 years, having begun under former head Karoline Tschauner.

In this theatre’s rustic comedies, old Viennese comedies, and detective mysteries, the ensemble performs in the dialect of Vienna; High German is the exception. Humour in these performances is based on puns, misinterpretations, and the twisting of words. Since barely any written record of the plays or the individual scenes exists, oral transmission is a highly important component of this tradition. 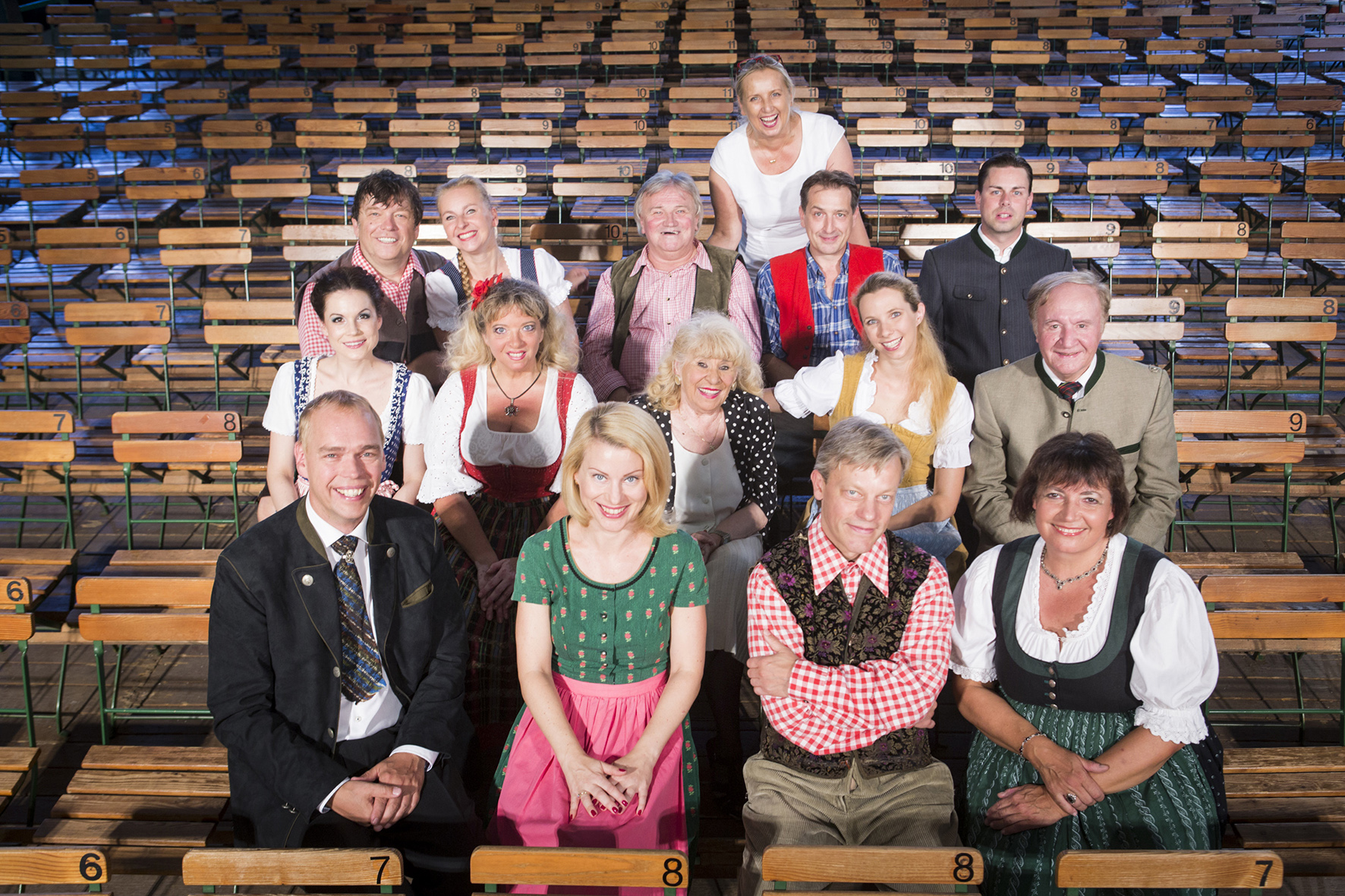