The Vintner’s Crown and the guardian tree in Neustift am Walde
Social practices in Vienna, inscribed 2020

The customs of the vintners in the Lower Austrian town of Neustift am Walde date back to the reign of Empress Maria Theresa (1740-1780). The Neustift Fair is held annually on the feast day of the village’s patron saint, St. Roch, in August. The centrepiece of the four-day event is the festive procession of the traditional Neustift Vintner’s Crown and the erection of the “Hüterbaum” (“guardian tree”) after the special Holy Mass.

The Vintner’s Crown, adorned with gold and silver walnuts, flowers, and ribbons, was a gift of thanks from the Neustift vintners to Maria Theresa after she waived their taxes following a devastating crop failure in 1752. A year later, the empress returned the gift with the mandate that the village was to hold a fair every year. Today, the fair still opens with the Vintner’s Crown being carried from one Heurigen (wine tavern) to the next, accompanied by the “Hiata” (wine guardian), to pay tribute to the winegrowers and their regular guests. The “Hiata” and the “Altbursch” (the “Hiata” of the previous year) march behind the crown, as does the town band, followed by a large throng of fair guests. The “Hiata”, dressed in festive attire, carries over his shoulder a bull’s horn, which was formerly used to send signals in the vineyards. To the right and left of the crown bearers walk two youth, each carrying a wine carafe. They are called “Flaschlbuam”—bottle boys. In recent years, “bottle girls” have participated as well.

Another highlight of the Neustift Fair is the erection of the “guardian tree” on Sunday following the field mass. After the blessing, the tree carriers hoist the tree onto their shoulders and, accompanied by the town band, carry it to the spot where it is to be erected. Along the way, they are supplied with liquid refreshment by the local vintners. Each year the tree stands by a different winegrowing business.

The local winegrowers, members of the Weinbauverein (Winegrowers Association), are responsible for maintaining these customs as part of the Neustift Fair. While in the 1960s there were still 55 small winegrowing businesses in Neustift, now only 10 family-run operations dedicated to the cultivation of wine remain. 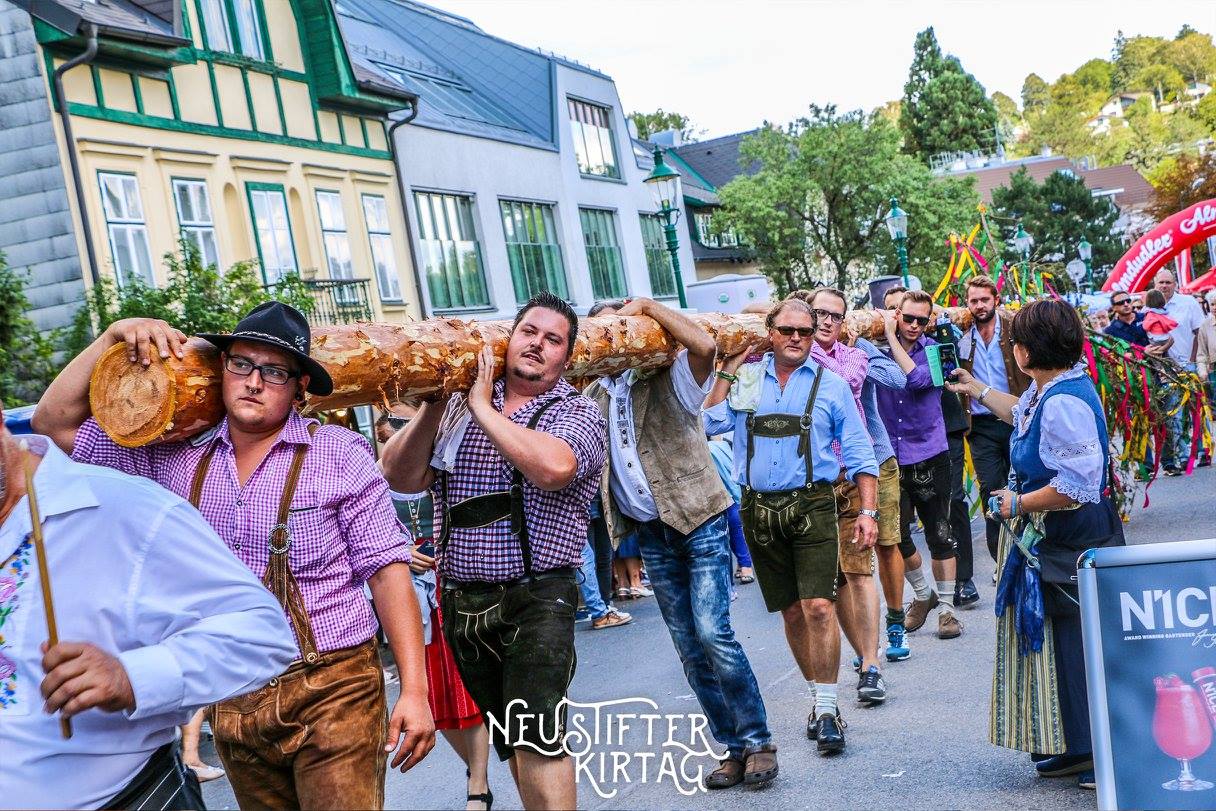