The wooden, flat-bottomed boats called "Fuhren" have a long history on Lake Hallstatt as a means of transporting goods and people. As early as the 13th century, following the reopening of the salt mine in Hallstatt, shipping on the lake and on the Traun River became necessary in order to transport the salt. Today, only very few people still have a mastery of this type of navigation.

Shipping on lakes and rivers was a necessity for the saline business in Hallstatt and for the transport of salt. The special wooden freight boats had to be built in such a way that they could be navigated downriver as well as back to Hallstatt loaded with goods. This specific kind of use for both lake and river transport required a particular construction: a sturdy, elongated structure with shallow draught, and propelled and steered with a long oar. The special construction and the distinctive appearance of the Fuhren come from the arrangement and number of the boat’s ribs, called Kipfen. The greater the number of ribs, the larger the Fuhr is, and the greater the water displacement. The preferred building material is locally grown wood, meaning spruce, fir, and sometimes also larch. The boat-building is done according to oral tradition or freehand sketches, and still largely by hand. The structure of a Fuhre consists of the bottom, side walls, various numbers of ribs, the Kranzling (the upward-curving bow), Steuerstock (part of the stern), Kehrweri (a raised board onto which the oar is fastened for rowing standing up), and Ochsenziem (a loop that acts as an oarlock). The traditional art of rowing the Fuhre requires great skill and years of training.

As the original purpose of the Fuhre—as a means of transportation on the Traun River—is increasingly served by other means, the building of new Fuhren has greatly diminished, although these boats continue to play an important role on Lake Hallstatt and in the surrounding communities. They serve as a traditional and unique means of transport for sacred and secular festivities, for example as a part of the Corpus Christi lake procession.

Because only three people still have a mastery of this type of traditional boat-building, the independent training programme “Wooden Boatbuilding” has been established at the Hallstatt Technical School, with the collaboration of the three masters. This curriculum is aimed at passing on knowledge about the new construction and restoration of Fuhren in the context of formal education as well. 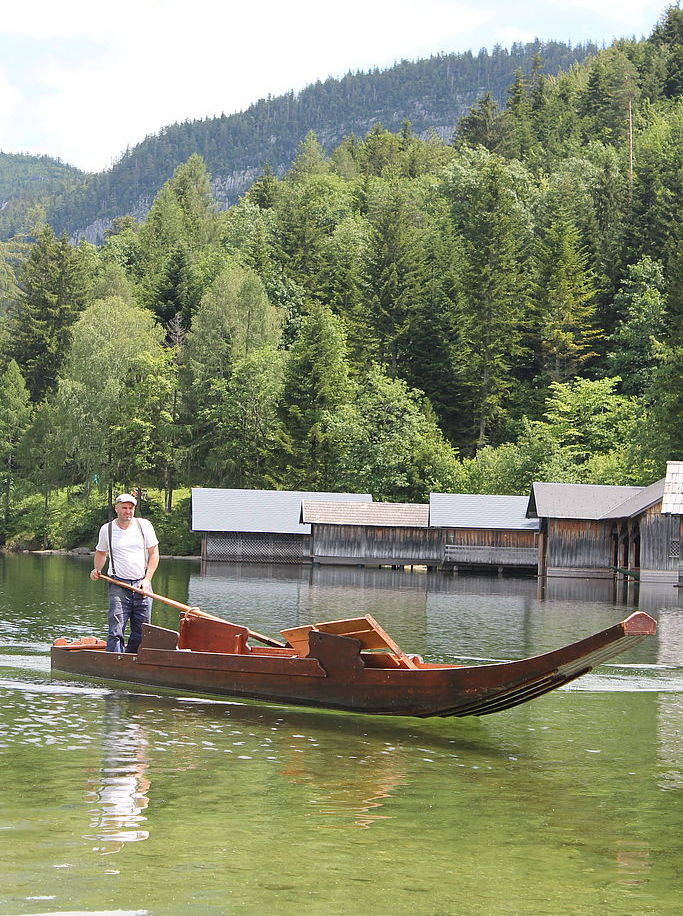