In bobbin lace-making ("Klöppelei"), several threads are used simultaneously: they are wound onto spindle-shaped bobbins, crossed two by two and then twisted together. This produces the lace that protects the edges of textile products from fraying and gives them an artistic ornamentation. Due to the great demand for this lace, lace-making in Salzburg grew to become an industry of trans-regional importance.

The origins of lace date back to the Renaissance. The handicraft technique of lace-making grew out of fringe braiding, which evidence shows has existed in Salzburg’s Flachgau region since the early 17th century. In addition to the current patterns from other European lace centres, an independent lace form developed in the 18th century: the Salzburger Nahtl, or “Salzburg stitch”. The competition from machine-produced goods, embargos on imports to Austria, and a general economic depression, however, led to a sharp decline in sales in the 19th century, with Salzburg’s lace-making industry coming to a standstill. By the late 19th century, the Henndorf region was the only place bobbin lace-makers could still be found who produced lace on a commercial scale. At this time, an extensive lace collection was established at the Salzburg Museum.

Only in the 1950s was the elaborate “Salzburg lace” rediscovered as an important accessory to traditional Austrian costumes, and the technique of lace-making, which had fallen into oblivion, was relearned and passed on by lace-makers in various handicraft classes. A number of catalogues of traditional costumes that appeared at this time attest to this renewed interest. 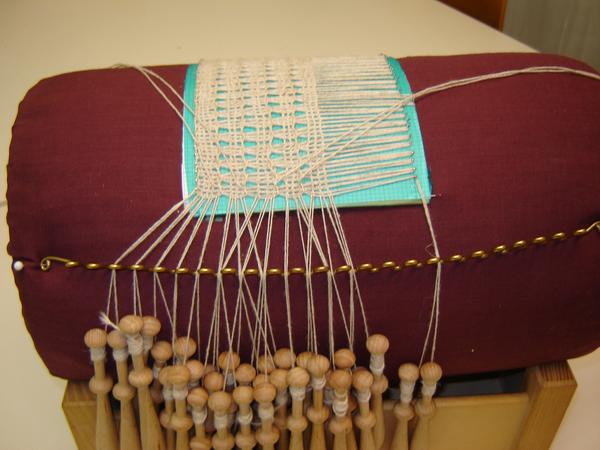