Knowledge of Alpinism and Skills of Mountain and Ski Guides
Knowledge concerning nature and the universe throughout Austria, inscribed 2021

The main features of the Steppmieder and Garnierspenzer costumes date back to the 17th century and reflect the bourgeois and courtly fashions of that era. Today, the entire costume encompasses eight elements that can be combined in various ways in accordance with the occasion; the skirt and top are separate pieces of clothing but can be connected with a silver hook, while the skirt itself is the element which remains consistent in this traditional dress. On Sundays, the costume is worn as Miedergewand (lit. ‘bodice robe’), which includes the Steppmieder and Unterröckl (‘underskirt’). The Garnierspenzer, which is usually black, is worn for important occasions. The silk Miedertuch (‘shawl’), which is the same colour as the apron, is tucked into the neck of the Garnierspenzer. The finishing touch to this costume is the so-called Bürstelhut (lit. ‘bristle hat’). The creation and embellishment (garnishing) of the Garnierspenzer, including artistic frills, buds, flowers, and leaves, requires a considerable degree of skill, as an entire Garnierspenzer takes up to 130 hours to produce. This traditional costume’s production requires the highest level of sewing skills and the region’s master tailors have been producing these dresses at their workshops for generations. There is room for creativity in the design and colouring of the bodice and spencer, which means that this item of clothing constantly reinvents itself.

These costumes are produced using the greatest possible share of regional materials, and they are often handed down within families; as such, they do not only fulfil a social role but also represent a particularly sustainable type of clothing. They are viewed as an important element of Pinzgau’s identity. They engender a feeling of community amongst wearers and a connection to their own history.

On the one hand, initiatives carried out by associations, such as documentations, media work, and a scheduled special exhibition on this topic, contribute to the safeguarding of the Garnierspenzer with its hat and Steppmieder; on the other hand, members of the Catholic Women’s Movement, women’s traditional costume groups, and farmers also play an important role in keeping the tradition alive by wearing the dress.

The initial expedition to the top of Mount Grossglockner in June 1800 paved the way for mounting guiding. The task of guiding visitors through rough terrain, which had previously been carried out by farmers and hunters, developed into its own occupation over the course of the 19th century. Mountain guides still need comprehensive knowledge about weather, orientation, route planning, avalanche awareness, and nature in order to guide people safely to their destinations. Due to continuous change in the landscapes and the demands placed on mountain and ski guides, further knowledge and skills have gained importance over time, such as knowledge about rope and securing techniques, and rescue techniques on the rock face and on glaciers. Whilst guiding groups through this terrain, sensing social dynamics, dangerous situations, and treating people, and their fears, as well as the dangers of mountain climbing in a professional manner also form part of the knowledge of alpinism and the experience of mountain and ski guides. The experts’ knowledge must constantly be kept up to date, so that it can be applied both safely and in the long-term.

Moreover, mountain and ski guides are also experts concerning many other areas of alpinism: many mountain guides are involved in avalanche commissions and mountain rescue operations thanks to their knowledge. Due to the underlying respect for nature required in this job, they also serve as ambassadors for important topics, such as nature-conservation and climate change.

While this knowledge is now passed on primarily through mountain and ski guides’ professional training, knowledge of Alpine history and deeply rooted traditions of social behaviour in the mountains and of life in these regions is, for the most part, handed down from generation to generation within families. The professional associations conduct regular informational events, documentations, public relations work, and promote new talent. As such, they make an important contribution to transmitting Alpine knowledge. 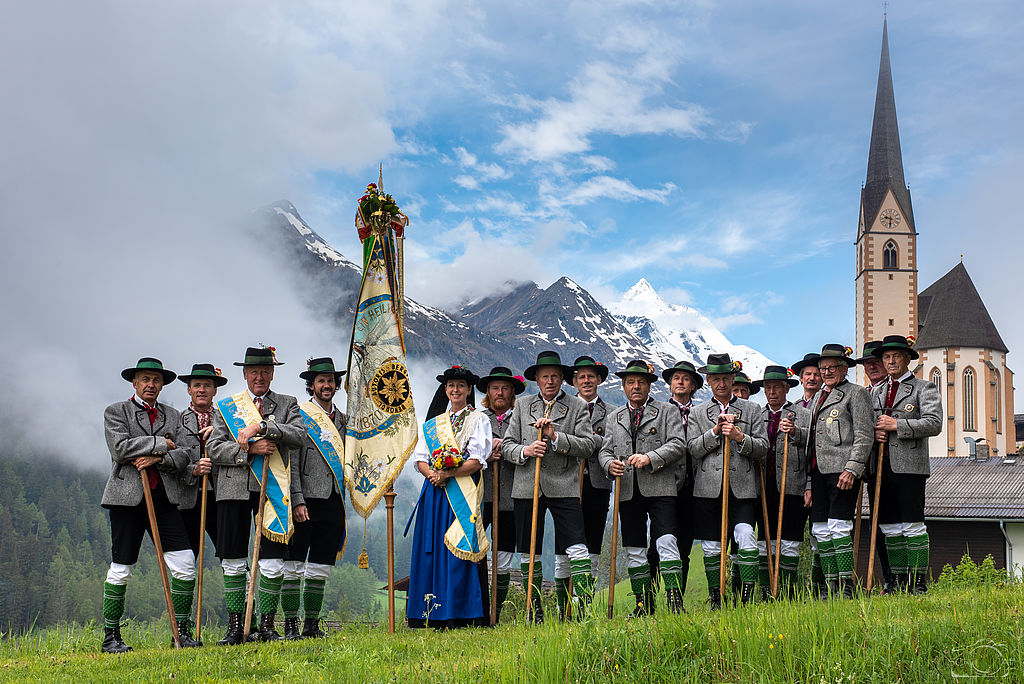 throughout Austria 2021 Knowledge concerning nature and the universe