The term Juppe is used to describe a typical traditional women’s costume from the Bregenz Forest which is worn in various ways. Glossy linen produced in the region is used to create the pleats. One of the features of this traditional costume, which is worn for festivities, is its elaborate design. This traditional dress is produced by local craftspeople in small workshops. The wearers and producers identify with the Juppe, which contributes to their regional identity.

Jupe is the French word for skirt. And in the Bregenz Forest, the word Juppe (plural: Juppen) denotes the women’s traditional costume. The choice of contour and black dye date back to the Spanish fashion of the late 16th and early 17th centuries, which influenced fashion all over Europe. Nowadays, there are six variations of the Bregenz Forest traditional dress. Their differences are primarily associated with the combination of colours between the bodice and skirt, as well as the types of fabrics used. Traditional rules define the selection of head coverings and accessories, which enable the ‘readability’ of the traditional dress: they inform us of the wearer’s marital status and the type of occasion to which the dress is being worn.

Producing a Juppe entails a great deal of work: glossy linen with deep black pleats is produced in the workshop at Juppenwerkstatt Riefensberg, while the embroidery or macramé for the bodice as well as the creation of head coverings like the Schappale (‘crown’) for festivities, the lace cap, or the Brämenkappe (‘fur cap’) is carried out by women at home in their spare time. This elaborate process requires detailed communication between the most varied protagonists, including (artisanal) craftspeople and the costume-wearers themselves, thereby facilitating social cohesion. For many women who wear the Juppe, doing so is a visible way of expressing their ties to their home region and its history.

For centuries, knowledge pertaining to the production and wearing of traditional women’s costumes from the Bregenz Forest has been handed down from one generation to the next within families, as part of the training of tradespeople (such as goldsmiths), and between (artisanal) craftspeople. Additionally, for the past couple of decades, associations (INTRACHT, Juppenwerkstatt Riefensberg) have been ensuring that this item of clothing continues to be passed on by means of events, projects, and courses. 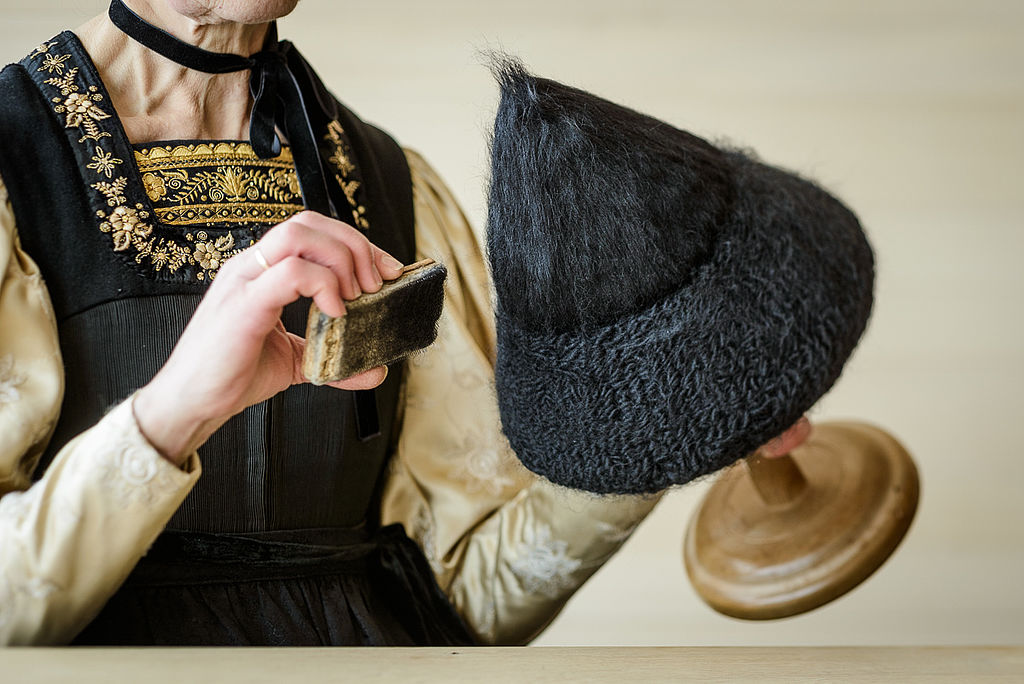